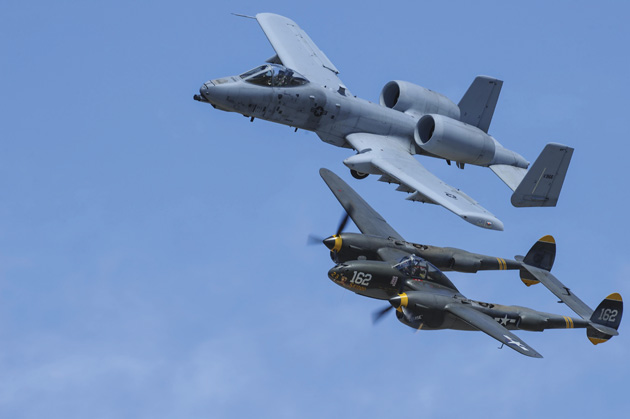 A U.S. Air Force A-10C Thunderbolt II, assigned to the 354th Fighter Squadron and part of the A-10 West Heritage Flight Team, and a P-38 Lightning fly in formation March 26, 2017, during the Los Angeles County Air Show in Lancaster, California. The A-10 WHFT is scheduled to perform in nine more air shows throughout the U.S. in 2017 after resurging from a five-year-long inactivation period.