Their successful business journey began in 2004, but the foundation was laid in the Air Force.

Gary served in the Air Force as an aerospace ground equipment mechanic from 1984 to 2005 and had four principle duty assignments, which included Shaw Air Force Base, South Carolina; Little Rock AFB, Arkansas; Osan Air Base, Korea; and Luke AFB. Gary and Rod served together with the 56th Equipment Maintenance Squadron from 2001 to 2005.

They retired together in 2005 from Luke.

Rod said his years of duty were filled with numerous memories.

“There were so many highlights,” Rod said. “The one I cherish the most is the family of men and women I had the opportunity to serve with. I have a large extended family consisting of people from every corner of the nation who I still keep in touch with on a daily basis.”

Gary also recalled a number of highlights his years in the Air Force offered him.

“The everyday job of keeping aircraft supported was a highlight in itself, but the interaction with people was the greatest highlight,” he said. “Meeting and working with people from all parts of the world, and learning from their experiences was an invaluable experience.”

Not only that, Gary said the Air Force prepared him for a successful future, by giving him valuable skills he took with him.

“Most certainly the Air Force prepared me for success by teaching me leadership skills and accountability for my actions,” he said. “You can go as far in your career and life as you choose to.”

However, managing the attitudes around change was one of the most profound challenges that the Air Force taught Gary how to do, and he carried this knowledge into his business.

“I saw several changes in my 21 years in the Air Force, and it was never about managing the changes, it was more about managing the attitudes around the changes that was the challenge,” he said. “This knowledge has been a big help in our business. If you don’t meet the challenge of change head on, you get left behind. I give much gratitude to the Air Force for teaching me this principle.”

“Success in building custom homes is no different than success in the military,” he said. “They both share the same core values of integrity, service before self and excellence in everything we do and build.”

Both brothers said it was exciting to serve their final four years together at Luke.

The brothers took on the ultimate challenge by constructing a Lego home in one day Oct. 16 in Waddell.

“The idea was born six years ago,” Gary said. “We started comparing insulated concrete forms to Legos and the thought to build a Lego-like house became a reality.”

The project has another side, in that it will raise money for the Special Olympics Arizona — Palo Verde Chapter, Gary said.

Gary has been married for 33 years and has three adult children. His oldest son served four years in the Marines. He expressed a profound sense of gratitude.

“We feel God blessed our lives with a final duty assignment at Luke, which later provided us an opportunity to start a business,” he said. “Many times I reflect on the opportunities the Air Force provided me.” 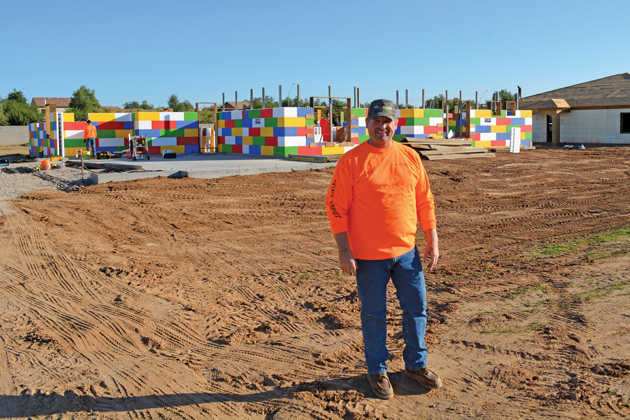 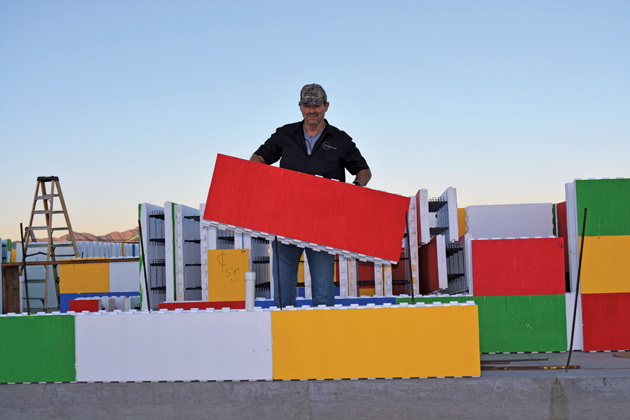 Gary Fetters lays an ICF block during the building of the Lego-like house Oct. 16. AF careers were the key to success for the brothers.

Budget: A friend in disguise?