Meet Brittney Weber, whose young life, highlighted by her six years and one month in the Army can be called Brittney Weber’s excellent adventure.

Her adventure began in San Antonio where she was born. Shortly after her birth, her family moved to Venus, Texas, a small town just south of Dallas, where she spent most of her grade and high school years.

“Venus is a quaint town of just more than 2,000 people,” she said. “I loved living there and enjoyed walking around town with my friends.”

Weber’s years in high school offered her the unique opportunity to serve on the Venus City Council in her senior year.

“I was involved in school activities and served as the first Venus High School student representative to the City Council,” she said.

Her accomplishments in high school enabled her to be awarded a Navy ROTC scholarship to the University of Arizona, which would set the table for her future interest in the Army.

“When I enrolled in first semester classes, I chose Army ROTC as an elective just to learn more about that branch of military,” Weber said. “The Army program appealed to me more than the Navy, and thus I applied through the Army program for a 3.5-year scholarship, which I was awarded and made the change entering my second semester.”

After college in September 2008, it was time to begin a half dozen-year Army commitment she would look back on as the best years of her life.

Weber debuted at Joint Base Lewis-McChord, Washington, with the Basic Officer Leaders Course, which included the Leadership Development and Assessment Course.

BOLC One is considered part of ROTC prior to commissioning and the LDAC is the primary training all cadets go through before they are commissioned. This course provides much of the assessment for ranking to determine the commissioning assignment, she said.

Upon completion of this course, it was on to BOLC Two at Fort Benning, Georgia, and phase three of BOLC at Fort Jackson, South Carolina, Phase three would conclude in January 2009, Weber said.

A short time later, she deployed to Forward Operating Base Sharana, Paktika Province, Afghanistan, from May to July as a second lieutenant as part of the 62nd Engineer Combat Battalion.

The battalion’s primary mission during her deployment was to teach the Afghans construction of infrastructure and how to establish a sustainable trade in the province, Weber said.

What’s more, she said her time there was a time of education and growth.

“I learned a lot about their culture and about myself, not to mention my role in the big picture there.”

However, Weber said she would experience a far more dangerous situation shortly after returning from Afghanistan.

She was at Fort Hood, Texas, when the Fort Hood massacre happened Nov. 5 that killed 13 and injured 33 people.

“My unit was a couple of miles away, and I remember being on lockdown past 9 p.m.,” she said. “I was a second lieutenant trying to find out what was happening. I kept working and at the same time, I was trying to get updates on the situation.

“I was fortunate and survived with no injuries, but the memories of that day will always be with me.”

Weber was promoted to captain shortly before leaving Fort Hood in 2011.

As a result of the promotion, it was on to Fort Jackson, South Carolina, to attend the Captain’s Career Course, a course which would involve academics, an area well suited to her skills.

“I always loved school, so I felt comfortable with this course,” she said. “It gave me the chance to display my writing skills.

“One of my assignments was putting together a research paper about the Army’s federally directed initiative to develop and implement an Army-wide human resource information section following the demise of the Defense Integrated Military Resource System, for which I was awarded the Col. Frank C. Foster Jr. award for writing excellence. It was an enlightening and rewarding experience.”

“I was assigned to Fort Polk, Louisiana, as part of the 509th Infantry Regiment, Opposing Force for the Joint Readiness Training Command,” she said. “Our primary task was to train and assess units preparing to deploy. I was one of three women in the unit.”

She described her next assignment as a turning point in her years in the Army, as well as her life. The 509th set the table for Airborne School at Fort Benning, Georgia, in October 2012.

“Airborne School was a thrill I had never known,’ she said. “I had the privilege of being a squad leader and was awarded the Officer Honor Graduate for my class.”

Not only that, she had her skydiving debut and on land, she bought her first motorcycle while at Airborne School.

Weber’s time with the Army came to an end in October 2014, but the memories of her six years live on forever, she said.

“In each of my assignments I learned a lot and enjoyed the companionship of innumerable great people.”

Although, Weber has left the Army, she said it profoundly shaped her future.

“Foremost, my experiences taught me how much more I can do than I would have ever imagined,” she said. “The time I spent in the Army gave me invaluable confidence, perspective and pride in who I am, what I can do, who I can be and what I can offer.” 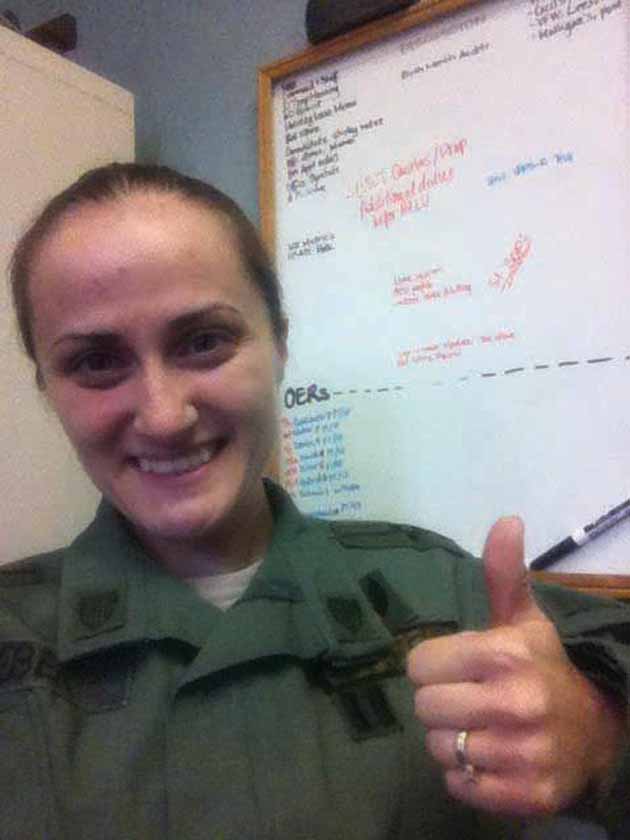 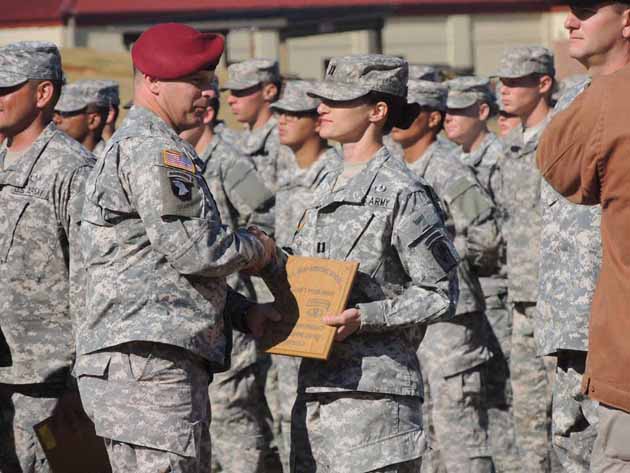