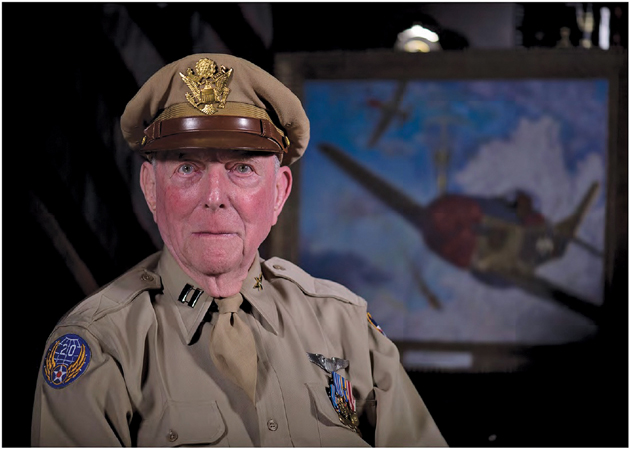 Yellin enlisted two months after Pearl Harbor on his 18th birthday. After graduating from Luke Air Field, as a fighter pilot in August 1943, he spent the remainder of the war flying P-40, P-47 and P-51 combat missions in the Pacific with the 78th Fighter Squadron. He was part of the first land-based fighter mission over Japan on April 7, 1945, and was the lead on the last mission of the war on Aug. 14, 1945.

Although his flying career was short, he witnessed more turmoil than any human being should ever have to witness. Yellin was discharged in December 1945 and suffered from post-traumatic stress disorder, before it was recognized as such.

Additionally, he wrote two books on his experiences in the war, and was profiled in volume 5 of “Veterans in Blue,” showcasing his contribution to the legacy of the Air Force.

Yellin passed away on Dec. 21, 2017, at the age of 93. His wife of 65 years, the former Helene Schulman, was interred with him. A flyover of four A-10 aircraft from the 23rd Wing at Moody Air Force Base, Georgia, paid him the final tribute.

Adventure in Alaska: Officer looks to mush dogs in Iditarod