The A-10 Thunderbolt II is the Air Force’s premier close-air support aircraft, providing invaluable protection to troops on the ground.  The Air Combat Command A-10C Thunderbolt II Demonstration Team, stationed at of Davis-Monthan Air Force Base, brings the aircraft to air shows around the country to showcase the unique combat capabilities of the A-10 “Warthog.” They perform precision aerial maneuvers while highlighting the mission and professionalism of the men and women of the U.S. Air Force. Additionally, the team brings attention to the Air Force’s proud history by flying formations with historical aircraft in the Air Force Heritage Flight. 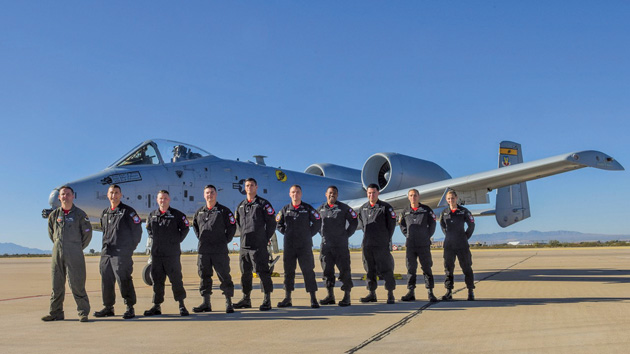