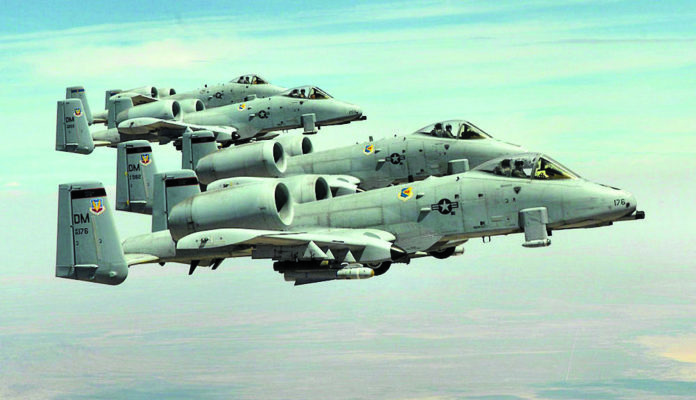 The A-10 is designed for close-in support of ground troops, close-air support, providing quick-action support for troops against helicopters, vehicles and ground troops. It entered service in 1976 and is the only production-built aircraft that has served in the U.S. Air Force that was designed solely for CAS. Its secondary mission is to provide forward air controller – airborne support, by directing other aircraft in attacks on ground targets. Aircraft used primarily in this role are designated OA-10.

The A-10 is designed around the 30 mm GAU-8 Avenger rotary cannon that is its primary armament. Its short takeoff and landing capability permits operation from airstrips close to the front lines, and its simple design enables maintenance with minimal facilities.