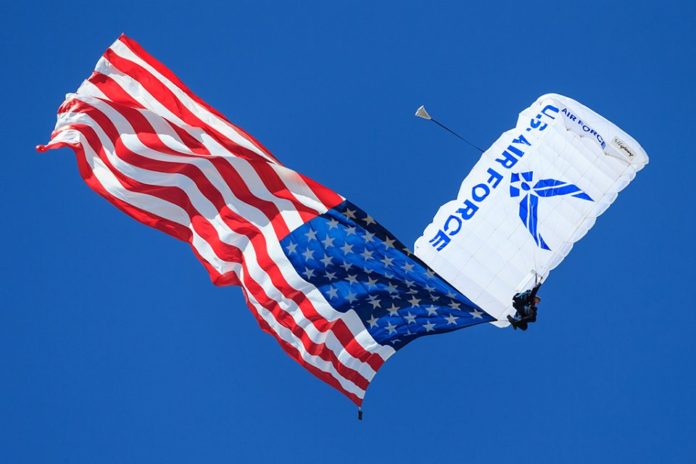 Each year the Wings of Blue conduct more than 19,000 training jumps, awarding over 700 jump wings to students who pass through the Airmanship program at the U.S. Air Force Academy.

One man’s power behind the iron