The 75th anniversary of D-Day was June 6, 2019. D-Day commemorates the tremendous human cost of the first invasion of the Battle of Normandy which ultimately liberated Western Europe from Nazi control.

During World War II (1939-1945), the Battle of Normandy, which lasted from June 1944 to August 1944, resulted in the Allied liberation of Western Europe from Nazi Germany’s control. Codenamed Operation Overlord, the battle began on June 6, 1944, also known as D-Day, when forces landed on five beaches along a 50-mile stretch of the heavily fortified coast of France’s Normandy region.

The invasion was one of the largest amphibious military assaults in history and required extensive planning. Prior to D-Day, the Allies conducted a large-scale deception campaign designed to mislead the Germans about the intended invasion target. By late August 1944, all of northern France had been liberated, and by the following spring the Allies had defeated the Germans. The Normandy landings have been called the beginning of the end of war in Europe.

The invasion combined the forces of 156,115 U.S., British and Canadian troops, 6,939 ships and landing vessels, and 2,395 aircraft and 867 gliders that delivered airborne troops.

The idea behind the ruse was to trick the Nazis into thinking that the invasion would occur at Pas-de-Calais, the closest French coastline to England. The Allies used fake radio transmissions, double agents, and even a “phantom army,” commanded by American Gen. George Patton, to throw Germany off the scent.

A D-Day dress rehearsal was a fiasco

The U.S. shipped tons of supplies to the staging area in England

Since Operation Overlord was launched from England, the U.S. military had to ship 7 million tons of supplies to the staging area, including 450,000 tons of ammunition.

Troops and supplies were in place by May, but bad weather delayed the launch date of the invasion. On June 5, Gen. Dwight Eisenhower, the Supreme Allied Commander in charge of Operation Overlord, decided the invasion would happen the next day, in part because the weather was still rough and Nazi planes were grounded. That same day, 1,000 British bombers dropped 5,000 tons of munitions on Nazi gun batteries along the Normandy coast to cripple Germany’s defenses before the imminent invasion.

Paratroopers launched the operation before dawn

The D-Day invasion began predawn June 6 with thousands of paratroopers landing inland on the Utah and Sword beaches in an attempt to cut off exits and destroy bridges to slow Nazi reinforcements. American paratroopers suffered high casualties at Utah beach, some drowning under heavy equipment in flooded marshland, others shot out of the sky by Nazi snipers. The British and Canadian paratroopers met less resistance at Sword beach and quickly took two key bridges.

In wave after wave of thousands of landing ships, more than 156,000 Allied infantrymen stormed the five beaches. Facing them were around 50,000 Germans troops. Stormy seas made the landings incredibly difficult, with many regiments coming ashore far from their target destinations. At Omaha Beach, only two of the 29 amphibious tanks even made it to land on their own power (three were later transported to the beach). At Utah Beach, the American troops included 14 Comanche “code-talkers” who relayed critical tactical messages in their Native American tongue.

The toughest fighting was on Omaha Beach

At Omaha Beach, bombing runs had failed to take out heavily fortified Nazi artillery positions. The first waves of American fighters were cut down in droves by German machine gun fire as they scrambled across the mine-riddled beach. But U.S. forces persisted through the day-long slog, pushing forward to a fortified seawall and then up steep bluffs to take out the Nazi artillery posts by nightfall. All told, around 2,400 American troops were killed, wounded or unaccounted for after the fighting at Omaha Beach.

D-Day was carried out along five sections of beachfront

Operation Overlord was divided among sections of beachfront along the Normandy coast codenamed, from West to East: “Utah,” “Omaha,” “Gold,” “Juno” and “Sword.”

All five beaches were secured by Allied forces by June 11

Five days after the D-Day invasion, troops immediately began installing two massive temporary harbors that had taken six months to construct back in England. All told, the Allies unloaded approximately 2.5 million men, 500,000 vehicles and 4 million tons of supplies at the temporary harbors over the remaining course of the war.

The D-Day invasion marked a turning point in the war

The total Allied losses at Normandy are estimated to be at least 4,413 and total Allied deaths in the Battle of Normandy, which dragged on until August, topped 226,000. But thanks in part to the massive influx of troops and equipment, D-Day marked a decisive turning point in the war. Less than a year later, on May 7, 1945, Germany signed an unconditional surrender. 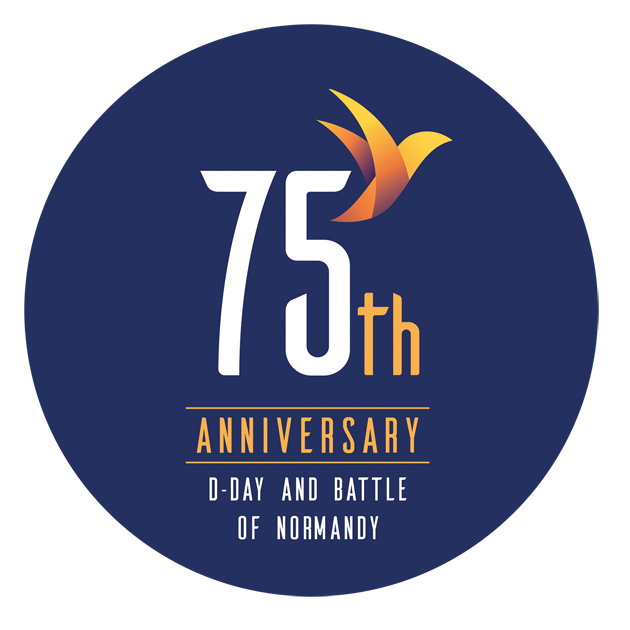 Flight of the Thunderbirds

No mama, no papa and no Uncle Sam