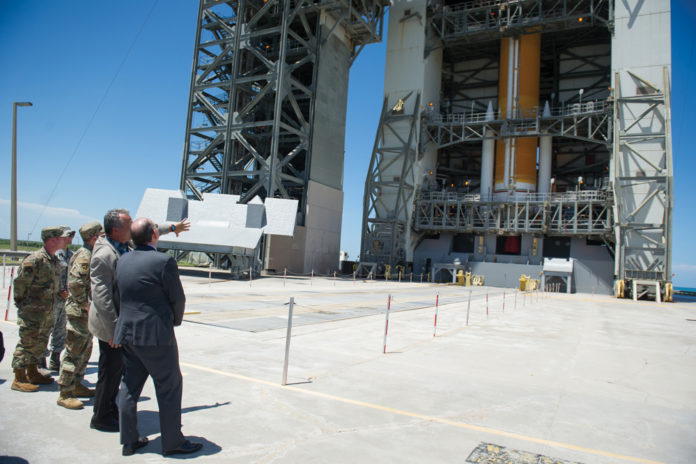 Airmen with 45th Space Wing shows Acting Secretary of the Air Force Matthew Donovan a United Launch Alliance’s Delta IV rocket on Space Launch Complex-37, July 19 at Cape Canaveral Air Force Station, Florida. Donovan visited to celebrate the 50th anniversary of NASA’s Apollo 11 mission. “These Airmen and the space mission are absolutely critical,” Donovan said. “From that, we now look forward to the development of the United States Space Force. The role of 45th Space Wing Airmen will change significantly because they’ll be some of the first individuals moved into the new service.”