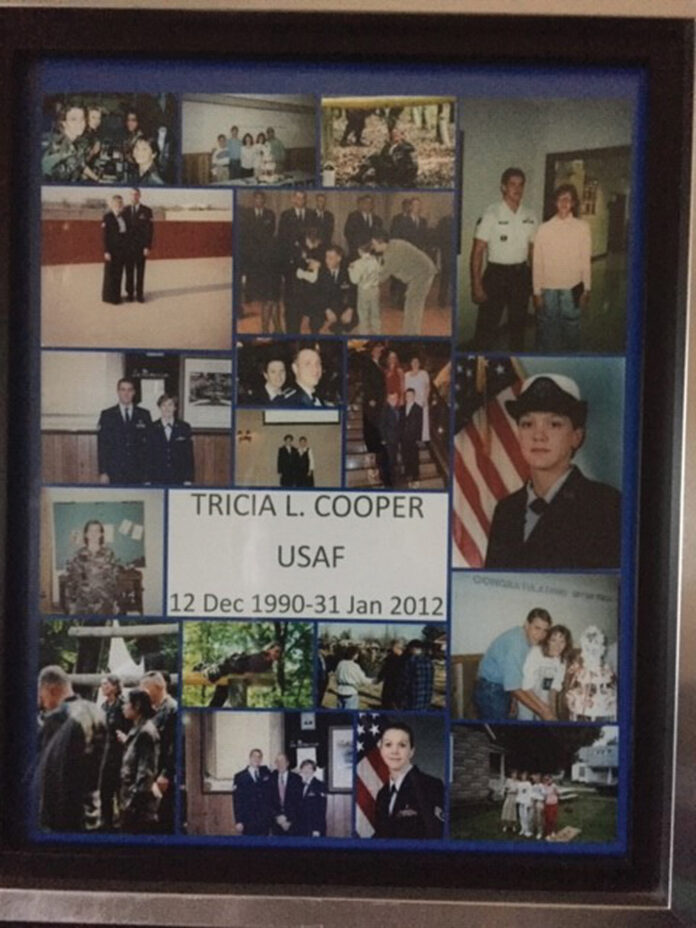 As the 1990s dawned, a young woman was faced with a profound challenge. She was just out of high school and had to decide whether to start college or find a job. The avenue she took was to find a job, but the job would be with the Air Force from December 1990 to January 2012.

Cooper, a Rockford, Illinois, native, speaks highly of her years in the Air Force, but highlights these particular events.

“I met my husband and had my two children, Branden and Zackary, while in the Air Force,” she said. “One of my favorite tasks was a special-duty assignment as the Airman Leadership School commandant. I truly love teaching and mentoring the future leaders of the Air Force. Another great highlight was being step-promoted to master sergeant. It was a great surprise because I had no idea I had been submitted for it.”

Upon retiring, Cooper continued to keep a busy schedule. Her Air Force career in healthcare administration was put to good use.

“I worked in the civilian force for four years at Baptist Health Medical Center and St. Vincent Regional Hospital, Little Rock, Arkansas, but I found time for some golf and vacations,” she said. “Later we decided to move to Arizona to be with family.”

She also added that she loves to take cruises.

What’s more, Cooper’s current civilian job has brought her back to an Air Force base.

She is the Medical Group data quality manager and interim 56th Medical Group patient advocate at Luke. She said she loves working with people and solving problems.

“My military career in healthcare administration afforded me this opportunity, and it continues with my civilian job.”

Her part-time job is selling real estate with Keller Williams Reality, an organization that shares the attributes of helping people solve the problem of finding a good home.

Reflecting on her years in the Air Force, Cooper said she is glad events went the way they did.

“When I look back at my career, I never expected to retire from the Air Force,” she said. “It was the best decision I made, allowing me to be part of something great. My years of service taught me dedication, adaptability and the ability to achieve whatever you put your mind to.

“The opportunities are bountiful and provide life-long journeys. I learned from the good and the bad because it’s those opportunities that make us into the people we become. Lastly, it’s great to gain life-long friends who become your extended family for which you share a special bond by having served.”

Riding for the future of cycling