Before COVID-19, 37 million Americans were struggling to feed themselves and their families. With millions of people now out of work and food supply chains slowing because of the pandemic, that number is expected to grow by as many as 17.1 million in the next six months. 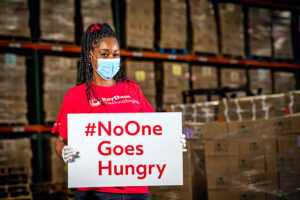 Raytheon Technologies is helping those in need by donating $5 million to Feeding America and launching a volunteering campaign in nine states where employees live and work. In 15 events, volunteers from Raytheon Technologies packed or distributed more than 675,000 pounds of food to help struggling communities.

Here are some of the reasons the company is investing in the fight against hunger.

It’s a matter of racial justice

“Not only are communities of color about two times more likely to be food insecure, they’re also two times more likely to suffer from some of the key chronic illnesses that make COVID-19 more lethal,” said Claire Babineaux-Fontenot, CEO of Feeding America, in an interview with CBS This Morning. “They’re dealing with so many issues right now that make an already vulnerable community more vulnerable.” 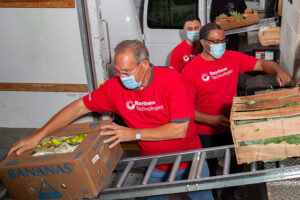 Food banks often rely on salvage ó the perfectly good but unsold food donated by grocery stores. As anyone who went to a grocery store in the spring can tell you, there was no such thing as unsold food. Nearly everything was gone. Take, for example, people who rely on restaurants for a meal or two every day. When those restaurants closed, they found themselves buying much more at the grocery store.

“That’s why we were experiencing shortages in a lot of shelf-stable products like peanut butter and rice and other things,” said Arlene Fortunato, senior vice president of the Greater Boston Food Bank. With the salvage drastically reduced, food banks had to buy more of the goods they distribute, putting a heavy and unexpected burden on their budgets.

“Raytheon Technologies’ grant is enabling us to make those purchases and ensure that everyone in our community who is in need of food is able to receive it,” said Radha Muthiah, CEO of the Capital Area Food Bank in Washington, D.C. 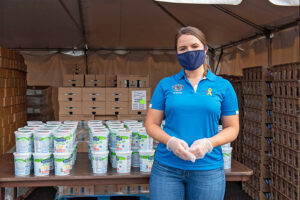 “Raytheon volunteering efforts are so important to us. They always have been, but now more than ever because the day after the COVID crisis was identified, every one of our corporate volunteer groups canceled,” Fortunato said.

Since the pandemic broke out, Fortunato and the Greater Boston Food Bank have found ways for volunteers to work safely at the food bank. They maintain social distancing practices, and at night, once everyone has gone home, automated robots with UV lamps clean the surfaces. The food bank even had the American Institutes of Baking conduct an audit of the facility by way of a remote video walkthrough.

It’s another way to strengthen communities

Raytheon Technologies’ donations and volunteerism with Feeding America are part of a much larger, long-standing company tradition of helping communities around the world support their infrastructures. In 2019 the company announced the expansion of its strategic partnership with Engineers Without Borders. 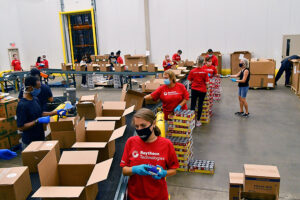 That same year, company volunteers used their engineering skills in urban areas across the United States, where they installed rainwater catches in 23 KNOX community gardens, named after city councilwoman Betty Knox, across the country.

These community gardens serve as essential sources of food to communities known as food deserts — areas with limited access to affordable and nutritious food. Company volunteers also traveled to South America and designed and built a well for several towns that lacked access to clean water.

“We’ve seen the impact these projects can have in the communities in which we live, work and do business, and are thrilled to expand our partnership and commitment to achieve even more,” said Raytheon Technologies CEO Gregory Hayes. 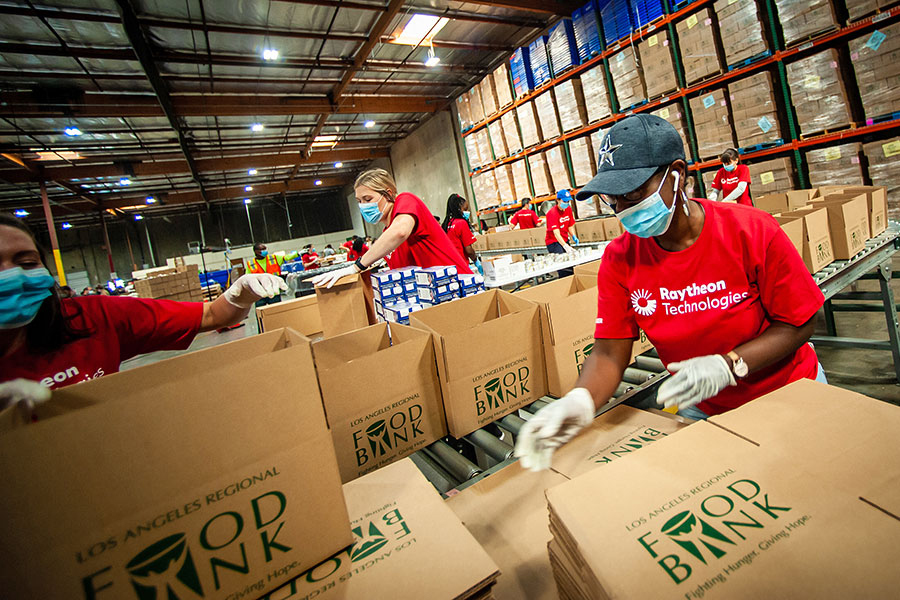 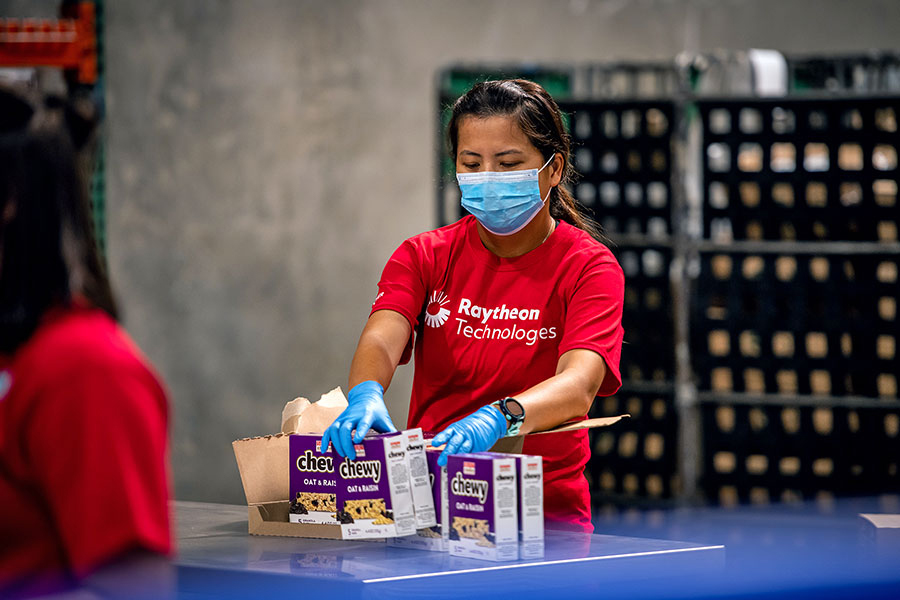 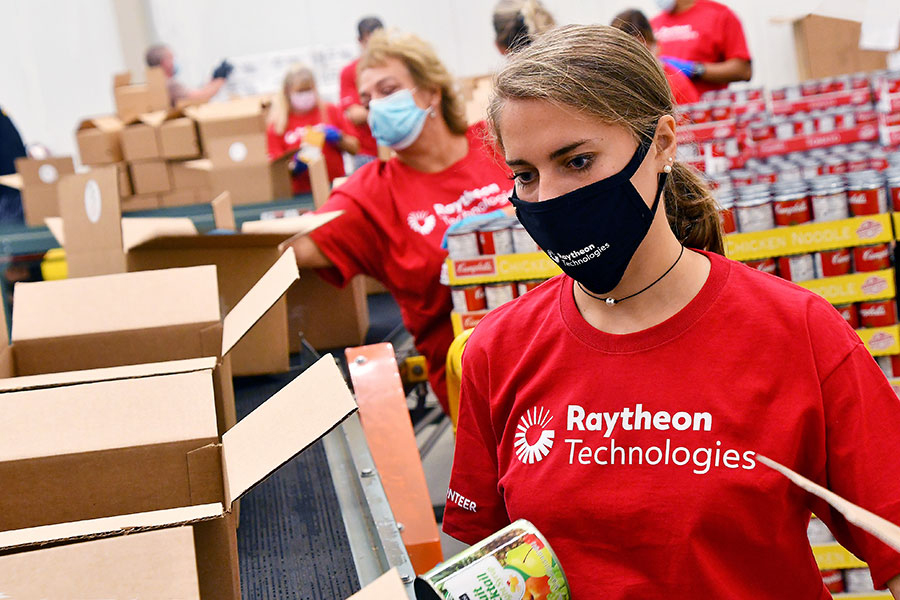