Pilot Donna Knighton is a CFI/CFII with 2,000 hours of safe flight time, and holds experimental aircraft authorizations in the L-29 Delfin jet and the Jet Provost. Donna has a BME degree from the University of Dayton.

She worked as an aerospace/flight test engineer for 32 years at the 4950th Test Wing at Wright-Patterson Air Force Base, Ohio; Lockheed Georgia; NASA Dryden (now Armstrong) Flight Research Center, and the 412th Test Wing at Edwards AFB. Calif. She has extensive onboard flight test engineer time in an array of military aircraft, including the F-4, T-37, T-38, C-130, C-141 and C-5. Her favorite chase missions were in F-4s! She was a mission controller for the X-29 program, and a performance and flying qualities flight test engineer on many test programs. Donna retired in 2014 after 32 years of faithful service. 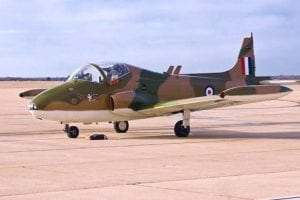 Donna also has a background in teaching flight safety, crew resource management, and systems safety, and served as a private and instrument flight instructor and flight safety officer for the Edwards Aero Club for many years. She is currently an FAA Safety Team (FAAST) representative and hopes to resume teaching safety seminars soon after the lockdown ends! One of her favorite memories as a female pilot while at the Edwards Aero Club was flying the C-182RG with her mother, Olga Knighton, on a two-week odyssey across the country to the Smoky Mountains and back for her mother’s 70th birthday.

After obtaining her private pilot and ground instructor certificates in the early 1990s, Donna taught the private pilot ground school at the Edwards Aero Club, and went on to obtain her commercial, instrument, and flight instructing ratings there. She became involved in the jet warbird community in 2009, and checked out in two jet warbirds. Donna and her husband, Bob Stambovsky (CFII/ATP), share their love of flying. Their favorite activities over the past decades together have been participating in air shows all over California and the West with static displays, and also working as flight line coordinators at the Miramar Airshow. They previously owned and flew a Jet Provost, and currently own a 1976 Piper Lance, which is undergoing a major avionics upgrade at the great High Desert Avionics in Lancaster. Looking forward to learning our new digital systems and having more flying adventures!