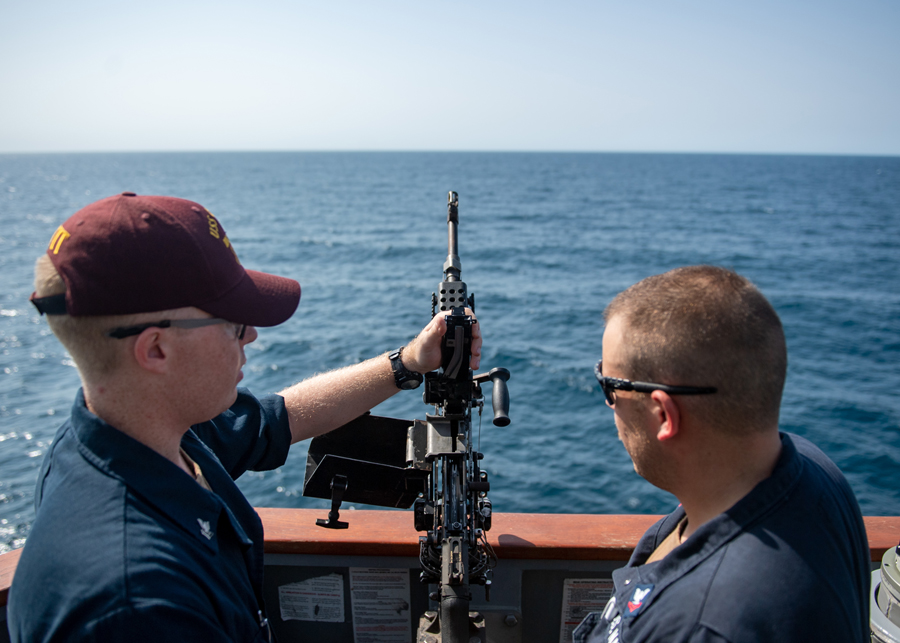 ARABIAN SEA— Sonar Technician (Surface) James Davis, left, a native of Tucson, Ariz., leads a weapon’s familiarization training aboard the guided-missile destroyer USS O’Kane (DDG 77) in the Arabian Sea, Sept. 9. O’Kane is deployed to the U.S. 5th Fleet area of operations in support of naval operations to ensure maritime stability and security in the Central Region, connecting the Mediterranean and Pacific through the Western Indian Ocean and three strategic choke points.