A roof stomp is a tradition in the U.S. Air Force in which service members within the unit mount the roof of the home of a new unit commander, colonel, or other higher-ranking officer and stomp on the roof. The event originated as a “no-notice hospitality check” in flying units, where pilots proceeded to a commander’s residence to check their ability to entertain the group with beverages, food and entertainment. Frequently, the location or target is determined based on not being present when the majority of a squadron determines a squadron party needs to happen.

Members proceed directly to their squadron mate’s house and stomp on the roof in an attempt to be let in. Originally these events were intended as surprises, but more frequently now, the member’s significant other is notified so that he or she can prepare and make necessary arrangements for the gathering. It is an “informal celebration recognizing a new commander, a retirement or other special event. 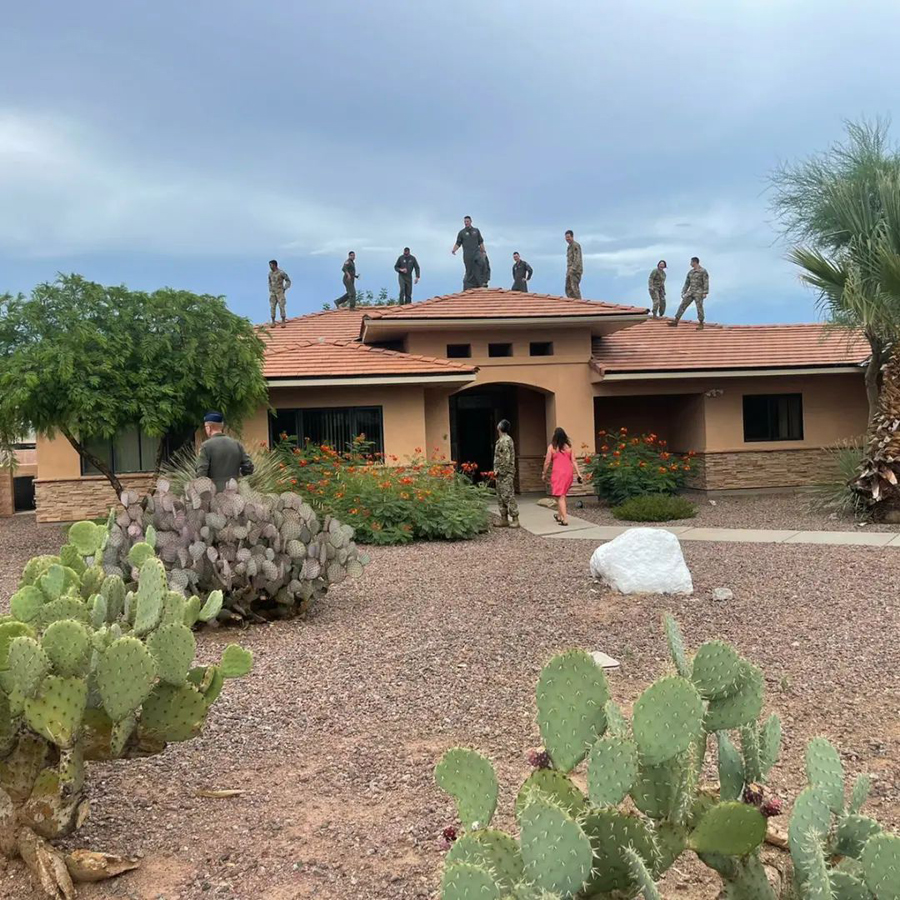 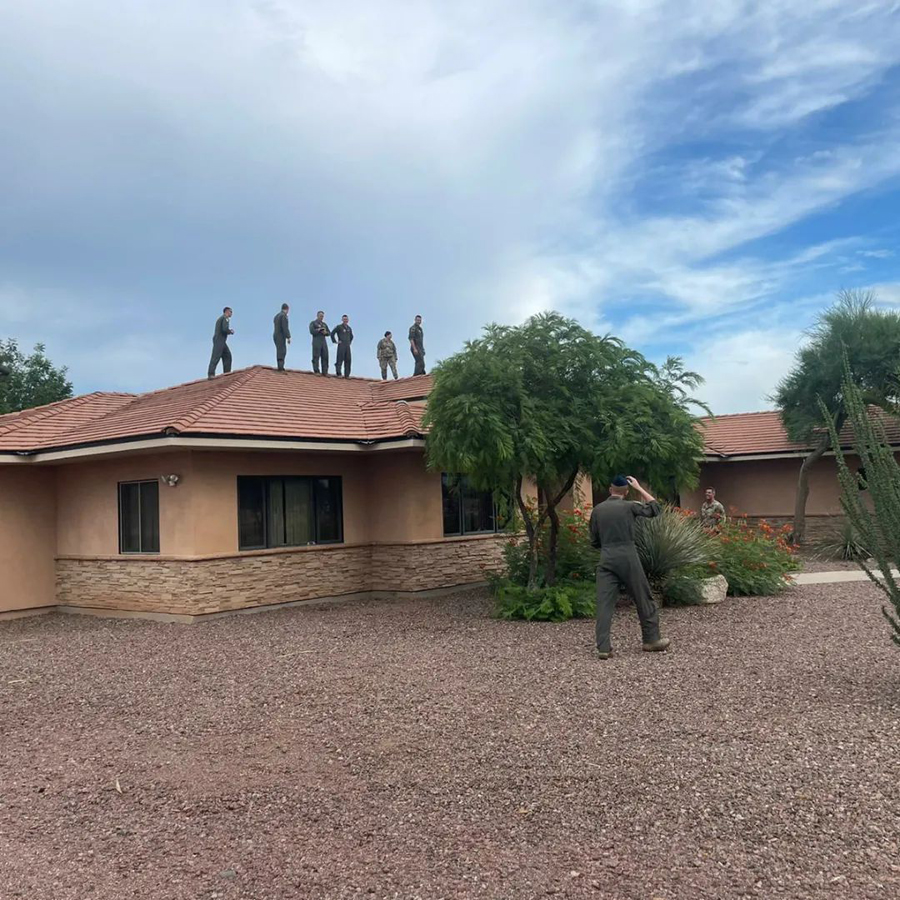