Congratulations to Lt. Col. Andrew Wittke as he takes command of the 21st Fighter Squadron. The squadron was reassigned from the 56th Operations Group at Luke Air Force Base, Ariz., to the 162nd Wing at Morris Air National Guard Base, Tucson, Ariz.
The 21st FS traces its lineage back to 1944. It was reactivated on Aug. 8, 1996, at Luke. Initially, the squadron taught Taiwan Air Force pilots to fly newly purchased TAF-owned F-16 aircraft. Later that mission changed to providing continuation training for TAF pilots. 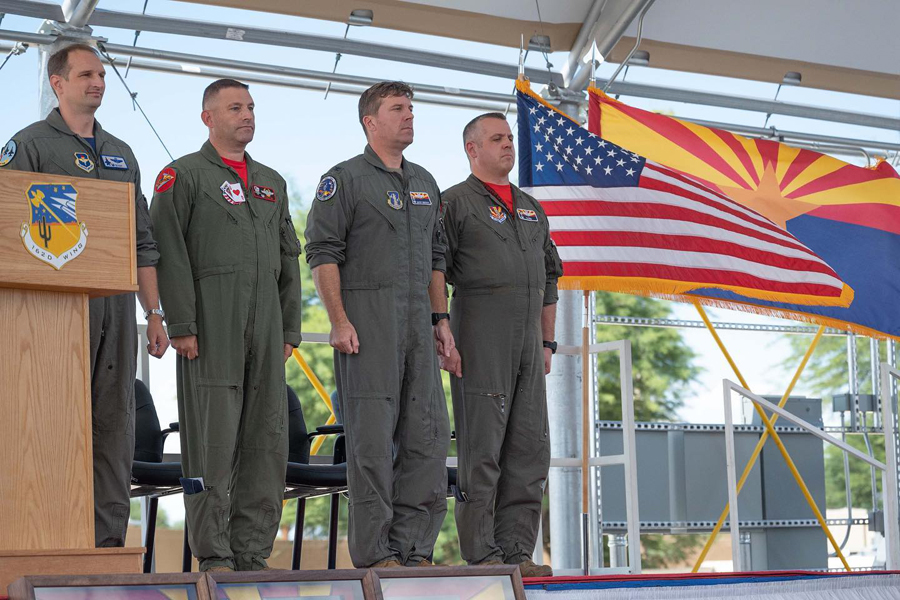 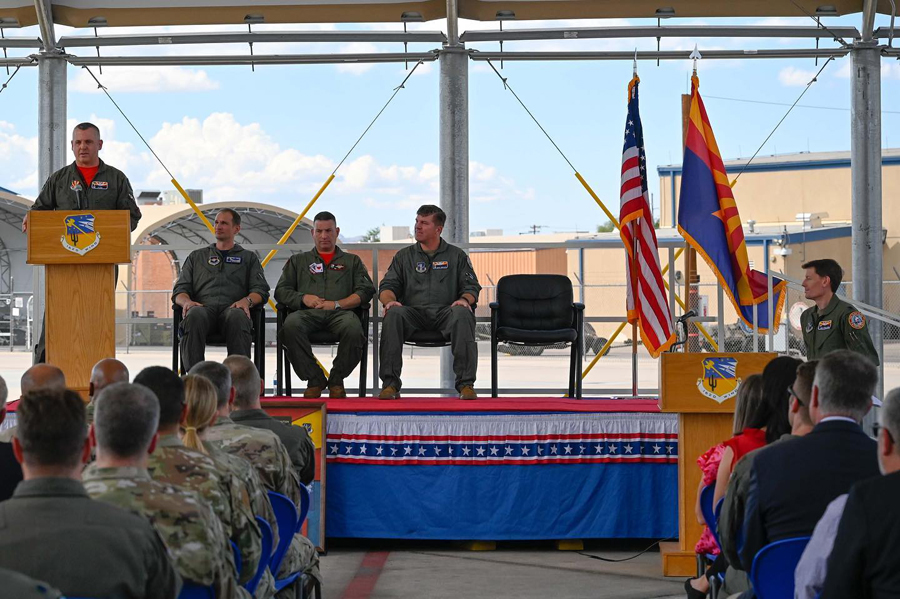