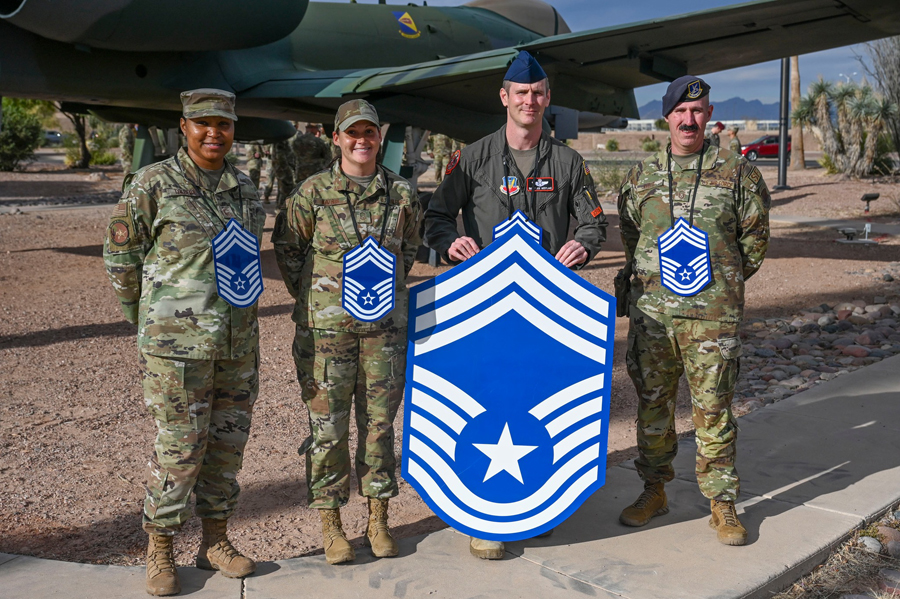 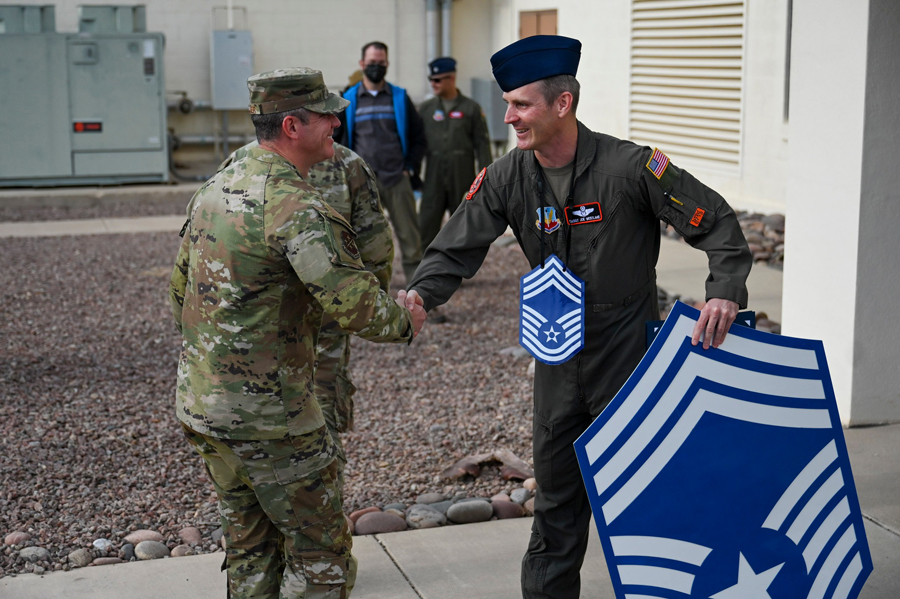 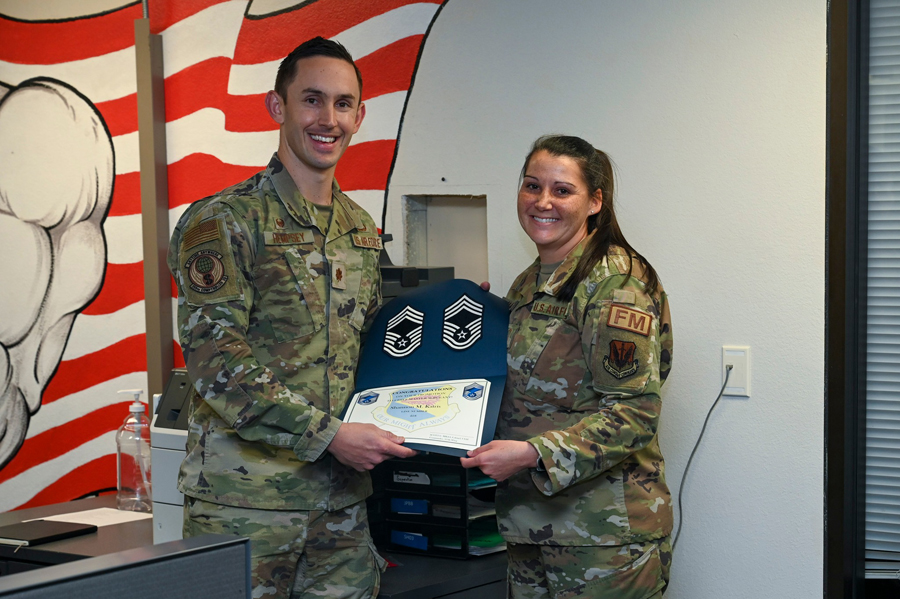 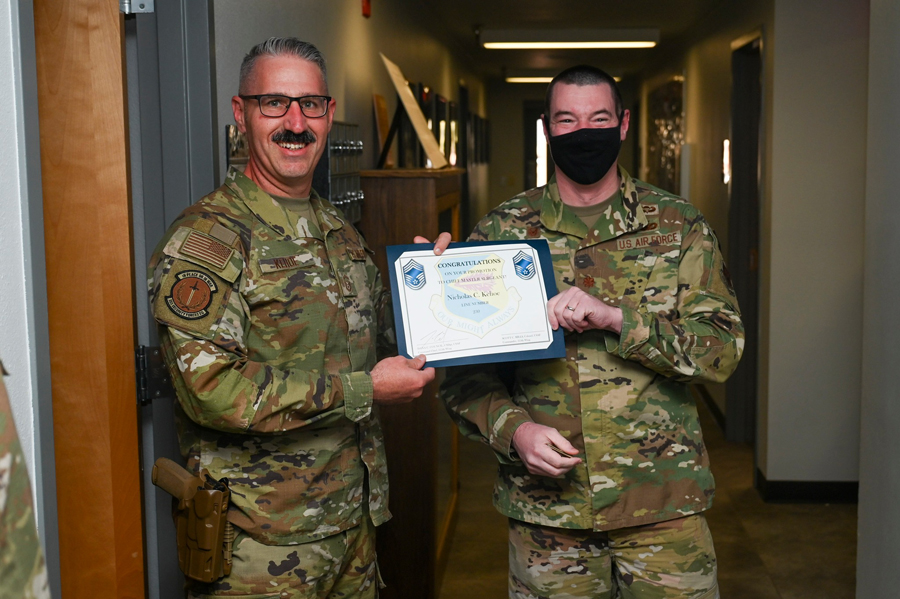 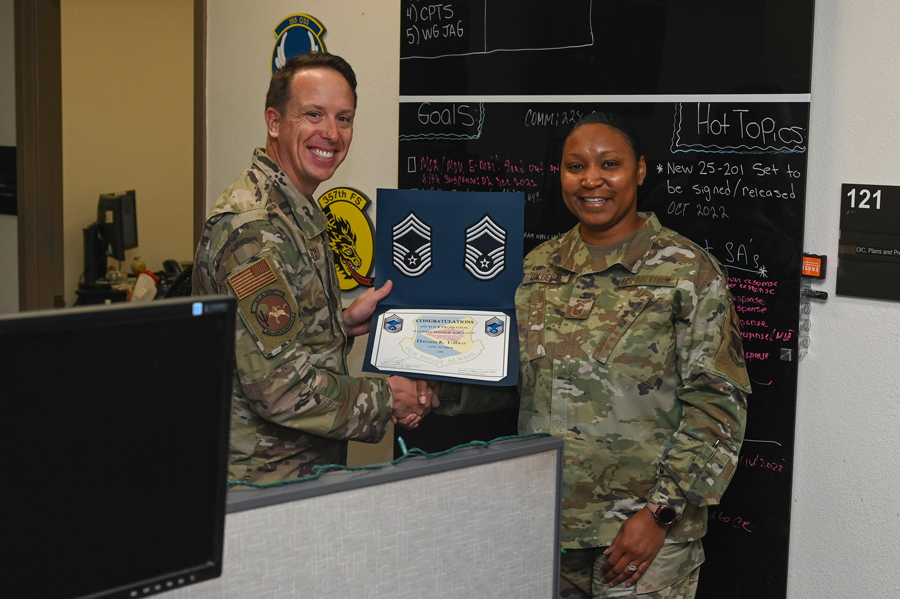 Davis-Monthan Air Force Base, Ariz., Airmen came together recently to congratulate those members who have been selected for promotion to the highest enlisted rank – chief master sergeant.

Those senior noncommissioned officers are seen as the highest-ranking managers in charge of the force’s welfare and supporting combat operations.

Air Force officials have selected 514 senior master sergeants for promotion to chief master sergeant, out of 2,526 eligible, for a selection rate of 20.34 percent in the 22E9 promotion cycle, which includes supplemental promotion opportunities.

The average overall score for those selected was 397.33. Selectees’ average time in grade was 3.16 years and time in service was 21.00 years.

The statistics for each cycle are as follows: