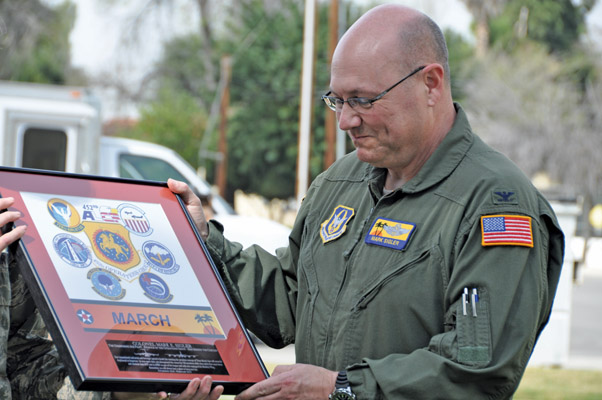 Col. Mark Sigler, 452nd Operations Group commander, holds a memento he received from squadron and group personnel at his farewell ceremony at March Air Reserve Base, Friday, Feb. 20, 2015. After serving nearly three and a half years at March Field, Sigler is returning to Grissom ARB, Ind., where he served nine years, to take command of the 434th OG.