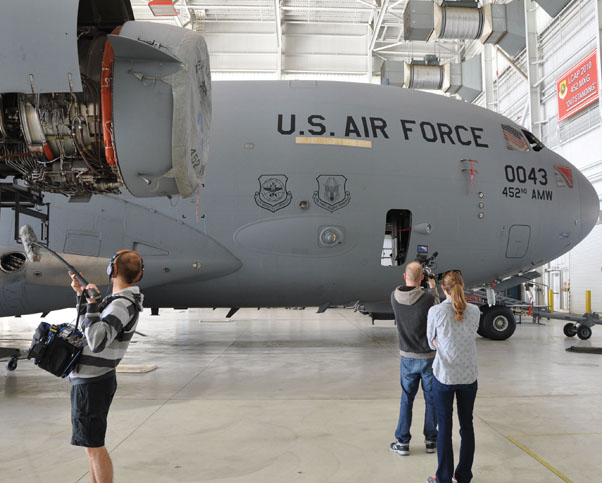 A Red Rock Films production team was on base this week capturing footage for a  series called “Air Warriors,” where each episode features a different  airframe. While at March, the team shot images of the C-17 Globemaster III and its crews performing various mission sets. The C-17 episode is slated to air on the Smithsonian Channel later this fall.