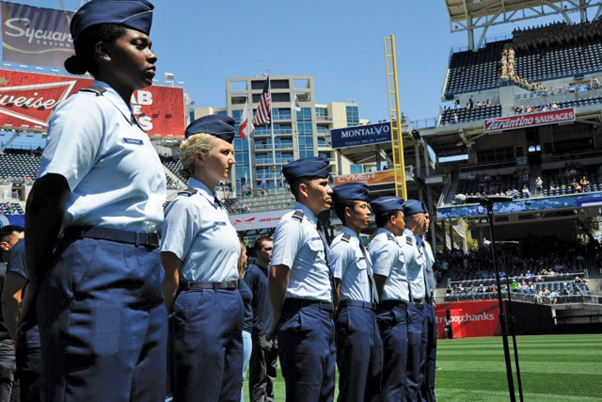 March Air Reserve Base Airmen participate in the San Diego Padres’ Military Appreciation Game at PETCO Park in San Diego, Sept. 6, 2015. The Padres recognized a different branch of the service each month, so September’s game fell to the Air Force. The ceremonial game included a swearing-in of newly-enlisted Airmen by Maj. General John C. Flournoy Jr., Headquarters 4th Air Force commander, followed the by the lining of the bases by Team March Airmen. Second Lt. Jeffrey Collins, 452nd Medical Group, sang the national anthem to kick off the game. The hosts provided free tickets to each Airmen to enjoy the event with a family or friend. 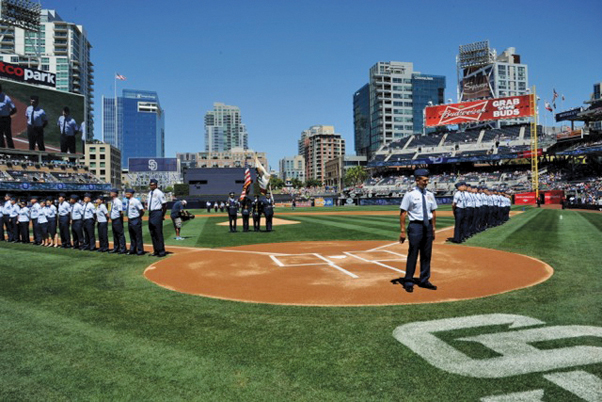