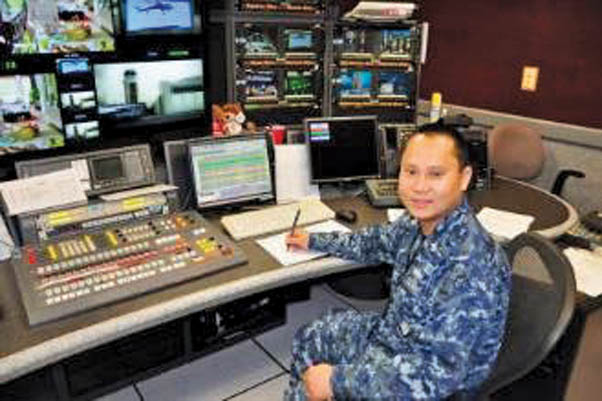 The forest was awakened by the rustling sounds of more than 80 American and Vietnamese outsiders. The heat and humidity was no match for their determination. Their shovels, pickaxes and sledgehammers scoured the earth. Dirt fell through sifting screens like tropical rain as they looked for human bone fragments and artifacts. Their faces were sweaty, dirty and encircled by bugs, but, nevertheless, they continued on with their all-important work, paying little regard to their present, less-than-ideal, conditions.

It’s hard to describe my feelings when I was contacted to go to Vietnam as a translator for the Defense POW/MIA Accounting Agency (DPAA), formerly known as the Joint POW/MIA Accounting Command (JPAC). I have been part of many different missions since joining the Navy but this one was special.

While serving as a TV production operator at the American Forces Network (AFN) Broadcast Center in Riverside, California, I was chosen to join a forty-year-plus effort to account for U.S. service members currently listed as Prisoners of War (POW) or Missing in Action (MIA) since the Vietnam War. “I will bring you home,” was the voice I kept hearing in my head.

I was born in Southern Vietnam to a military family. My dad was in the South Vietnamese Army and an interpreter for the U.S. Army. After the war, my dad came to the United States as a refugee then returned to Vietnam to get my mother and me. It was my Vietnamese background and language skills that led to my selection as a linguist for a recovery team. I’ve returned to Vietnam many times to visit, but this time was totally different. I was there to help find the remains of service members shot down during a rescue mission over North Vietnam.

There are four distinct DPAA mission areas: analysis and investigation, recovery, identification, and accounting. I was assigned to a recovery team. This type of team usually consists of a team leader, a forensic anthropologist, a team sergeant, two linguists, a medic, a life support technician, a forensic photographer, a communications technician, an explosive ordnance disposal (EOD) technician, and a mountaineering specialist. Together, we excavated the site and screened the soil to locate all possible remains and artifacts.

Our job could not have been done without the help of our Vietnamese counterparts. Their team consisted of 18 officials from central to local government. They were responsible for providing transportation, lodging and security for the U.S. team.

The Vietnamese officials gave us a warm welcome at Da Nang International Airport then took us to the hotel. The next day we picked up our tools and headed out to a remote location near the Laos border.  I had never been to this part of the country.  Many new things were waiting for me.

The 4×4 SUV took us by many famous land marks from the war, such as the Demilitarized Zone (DMZ) also known as the “17th parallel,” the Annamese Mountains or Truong Son Mountain Range, and Ho Chi Minh Trail. The history was literary unfolding in front of my eyes.

After eight hours and traveling more than 350 kilometers, we arrived at a small remote town to the northeast. The Vietnamese informed us that our site was on the side of a mountain along the Truong Son Mountain Range. To get there it would take us a three-hour hike through thick jungle and rigid hills, which made it nearly impossible to get our equipment to the site by foot.

Thankfully, our Vietnamese counterparts provided us with an alternate solution…helicopter.

The ten-minute helo ride got us through the first obstacle of our mission, though the real danger was yet to come.

We landed on a mountainside; a temporary landing zone which was recently cleared by local workers. The actual site was still about a twenty-minute hike away. During our journey, the jungle quickly engulfed us in thick brush and hundred-foot trees. The rocky trail, slippery from moisture and morning fog, was only about two feet wide. It was 9 a.m. but the trail was still dark with the sun barely peeking through the canopy’s thick brush. The temperature was already more than 90 degrees Fahrenheit with 100 percent humidity. Our clothes were soaking wet.

Suddenly, and without warning, we were under attack by a swarm of countless bugs. They came from nowhere and were soon in our eyes, ears and clothes. The more we sweated, the more they came.

Still, I had been bracing for my biggest fear: snakes. To make matters worse, the most poisonous snake in the region is a master at camouflage. Before we arrived, a four-foot long, green and white-lipped viper silently wrapped itself around a tree branch about seven feet up. A bite of this kind can result in intense pain, swelling, necrosis of flesh, and in some cases, severe systemic bleeding. At first glance, I froze, overcome by fear. I wanted to scream but nothing came out.

On the contrary, the locals were overjoyed. They drew their machetes and cheered each other on and in less than a minute the dangerous snake became the next meal for local workers. My fear vanished. By mission’s end I dispatched a grand total of six centipedes and one pit viper with a bamboo stick.

We finally arrived at the crash site where we saw scattered pieces of wreckage everywhere.  This is where Americans may have paid the ultimate price while serving their nation.  Now it was up to me to try and find them and bring them home. This is it. This is what I’m here for, I thought.

The excavation began the following day. Two at a time, we took on digging duties. Those of us not assigned to digging were on one of two stations sifting dirt through screens for personal belongings and remains. One American and one local worker were assigned to each screen. My team would ask me to translate at times but most of the time sign language worked just fine. We put everything we found in buckets so our anthropologist, Dr. Nicholas Passalacqua, whom we all called “Nick,” could analyze it.

It did not take long for me to find a tooth-like object. My heart skipped a beat. And without delay, I dashed to Nick for confirmation. Everyone stopped what they were doing to see the result. “It’s a rock,” said Nick. “Keep looking, better luck next time!”

With a bit of disappointment, I came back to my screen and resumed searching.

For 21 days, our team, including 40 local workers, cleared more than 5,000 square feet of jungle, screened thousands of buckets of dirt and rock and recovered hundreds of pounds of aircraft wreckage. In the end, we were unsuccessful in finding any remains; however, we narrowed down the search and provided evidence and useful information for the next recovery team.

It is almost half a century since the end of the Vietnam War but the memories of those who sacrificed their lives for the country they loved will never be forgotten. It was a great honor to be a part of DPAA’s recovery efforts, and together my team and I lived up to the agency’s motto, “fulfilling our nation’s promise.”

As of today, there are more than 1,600 Vietnam War POW/MIAs still unaccounted for.

*Editor’s Note: MC2 Ho deployed to Vietnam in May of 2015. He currently works at the American Forces Network (AFN) Broadcast Center in Riverside, California, as a TV production operator.  Ho provides a touch of home to U.S. forces, DOD civilians and their families who are stationed or deployed overseas and aboard U.S. Navy ships. The AFN provides viewers with stateside news, sports and entertainment as well as timely and immediate force protection advisories and in-depth DOD information. 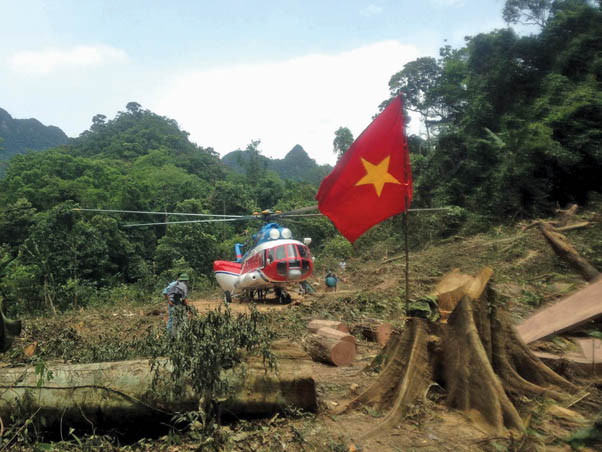 A Vietnamese helicopter sits in a jungle clearing, just after dropping off AFN’s MC2(SW) Billy Ho on his mission to account for U.S. Service members currently listed as POW or MIA since the Vietnam War. Assigned to the American Forces Network Broadcast Center in Riverside, California, where he serves as a TV production operator, Ho was chosen as one of the mission translators.