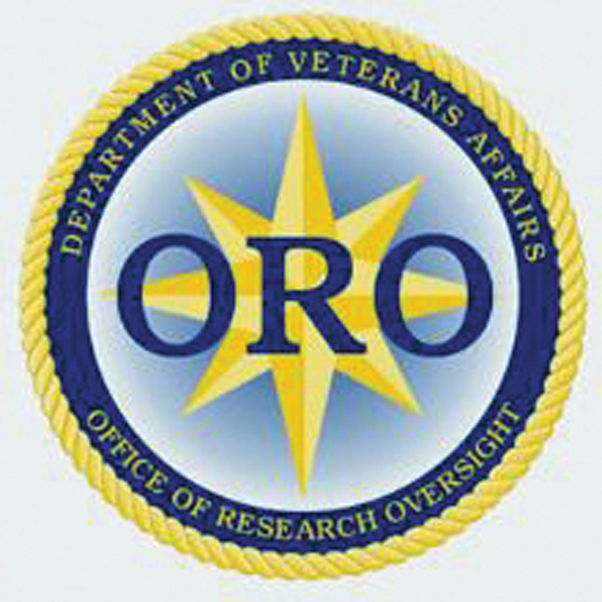 (This will be an ongoing series to introduce  you to individual units or offices that make up Team March. The series will run before each Unit Training Assembly or twice a month.)

The Veterans Administration Office of Research Oversight (VAORO) has been at March Air Reserve Base nearly 10 years, according to John Farley, health science specialist here. But many, if not most of you, are unaware of its existence or what its mission is.

The VAORO, in general, is charged with compliance oversight for VA Research to human and animal subjects; laboratory safety and scientific misconducts.

“This office (March location) is focused on oversight of research program management and human research subject protection,” Farley said. “That means that we review VA facilities where research with human subjects is conducted and make sure that they’re following all the federal rules, both the common rule and VA policies.”

The March VAORO team does assessments in advance that amount to document reviews of all of the different location’s standard operating procedures (SOPs) and committee minutes. Then they visit those facilities, interview people and review the program on site as well. After the inspection, the VAORO team gives an assessment of the location’s compliance or non-compliance so that any issues that need to be addressed can be in order to make the program fully compliant, Farley said.

They visit each of their locations on a 3-4 year rotation basis, averaging 7-8 facilities inspected each year with the objective to give oversight by reviewing SOPs (requested and reviewed prior to the visit) to make sure they are in line with VA guidance. Their mission is similar to that of the IG inspection teams who travel to Air Force locations to conduct Unit Compliance Inspections.

“In addition (to reviewing SOPs) there are committees at each location (a safety committee, R&D {research and development} committee, institutional review boards) from whom we request meeting minutes for the past year),” said, Jeff West, health science specialist here. “We read the minutes before our visit to see exactly what they are doing. Then it’s a matter of, is what you’re doing in line with what your SOPs say, and also in line with VA policy.”

If things don’t line up, the inspection team will make necessary recommendations to the medical center director. Findings are given verbally after an on-site inspection. Subsequently, a written report is compiled, and the inspectors receive an action plan on how the researchers will correct non-compliance items.

They also choose research protocols (specific research plans) to review. These protocols are not just a one-time thing, according to Carrie Pennison, health science specialist.

“The protocols are an ongoing process. When reviewing, we will pull a research study to make sure from the beginning to the end that all of the steps have been hit, all the records have been maintained for as long as required,” Pennison said. “There are administration and research parts to each protocol.”

The administrative part makes sure that research is being done in compliance and on a timely basis. They review the processes and interview the principal investigators to make sure that those principals understand what they are responsible for, and that their staffs are trained, make sure the medical center director (ultimately responsible for everything) knows what his or her responsibilities are and that those have been delegated accordingly so that everything flows in a manner that is compliant, Pennison said.

Farley explains that facilities have to get a federal-wide assurance, which is permission from the Office of Human Research Protection, to conduct research at their facilities. By obtaining that, they promise to follow a set of ethical guidelines, and all the federal and VA rules.

“They have to establish this institutional review board. That’s a committee of physicians and non-scientists, community members, lay people, to review each protocol and either approve it or not,” Farley said. “During that review they will be asking, ‘What are you going to be asking the veteran participant to do? Is this going to have any particular benefit to them or to people afterward? What are the risks involved?’ Then they make a determination as to whether to permit it or not.”

He said the studies usually come with a consent form that each participant gets to read and have his or her questions answered about the study. It formalizes his or her agreement to participate in the study.

“Nobody is involved in research without their permission. That’s one of these guiding, ethical principles,” Farley said.

When they go on site, they ask if consent has been obtained from everyone who is enrolled in the study, and if the study has been properly reviewed with experts in the area to help judge whether it was safe and appropriate, Farley said.

“If program is extremely non-compliant, where participant veterans in studies were at risk, we have the authority to actually stop the research at that facility.”

The Department of Veterans Affairs is divided up into three components; the cemetery, the VA Benefits administration and the VA Health administration, said Dr. Paul Hammond, director of the March VAORO facility.

“We’re in the Veteran’s Health Administration, which has three legs to the stool; patient care, education and research,” Hammond said. “The majority of large VAs are attached and affiliated with a university. So it is thought that instead of being just a mediocre HMO by virtue of the academic affiliations, that the care that is provided to veterans is superlative, that it is the best that can be provided,” he said.

He went on to say that the problem with the VA is that it is overwhelmed with patients and the care that they receive, and it is the access to care, not the care itself that is drawing the majority of complaints.

“So, the research component is a very, very important one. That covers animals, wet labs and human subject research,” Hammond said. “Veterans, when engaged in that type of research, really benefit from it, but we have to make sure they are protected.”

Unlike human subject research, the VA maintained a number of regulations in place for animal care that were quite profound, Hammond said. So, in 1999, the VA set up an accrediting program for human subject research. This included an oversight program to include the office of research and development plus the office of VA research compliance and assurance. This program was divided into five regions, with the West Coast region responsible for locations west of the Mississippi River. The March facility oversees 28 locations, Hammond said.

Originally they were based at the VA in Loma Linda, said Hammond, who has been with the West Coast region office since its inception.

“They were going to move me to LA and I heard about this area becoming vacant after recruiters moved to a larger area,” Hammond said. “We’ve been very fortunate. Team March has been very gracious to us from the onset. They made base assets available to us (lodging and conference space) for our training sessions.”

The VAORO West Coast is staffed by six employees. Hammond, the director is a medical doctor, and the others are health science specialists.