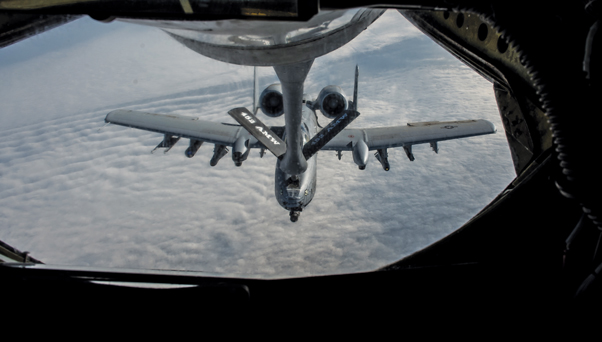 A March KC-135 Stratotanker refuels a U.S. Air Force A-10 Warthog Jan. 30, 2015. The A-10s are providing combat air support in Iraq for Operation INHERENT RESOLVE. Coalition aircraft have been conducting air strikes against the Da’esh since August 2014. 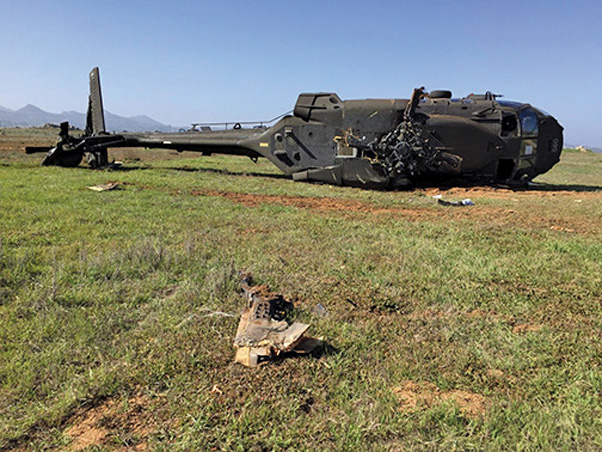 A UH-60 Blackhawk helicopter rests on its side at Ramona Airport, Ramona, California, Jan. 20, 2015, after crashing. Seven Airmen from the 163rd Reconnaissance Wing’s Security Forces Squadron, California Air National Guard, March Air Reserve Base, responded to the incident to provide assistance in securing the scene and preventing disturbance of the wreckage.