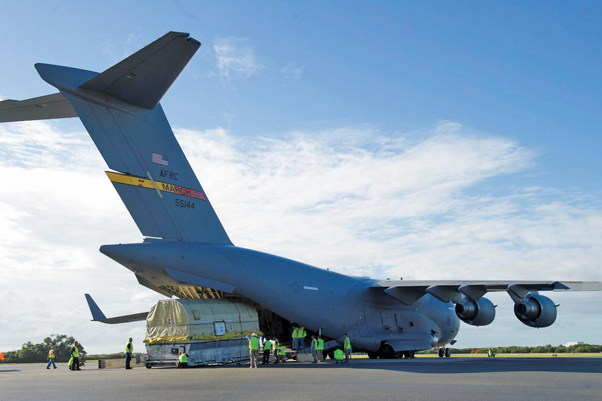 A quality assurance team from the 45th Launch Group off-loads an Air Force GPS IIF-12 satellite from a 452nd Air Mobility Wing C-17 Globemaster III on Cape Canaveral Air Force Station, Florida, Oct. 8, 2015. A crowd from the government and industry partnership, who will complete the satellite’s final assembly, gathered on the Cape’s “Skid Strip” to watch the off-loading of the satellite they will prepare to launch aboard a United Launch Alliance rocket in 2016. 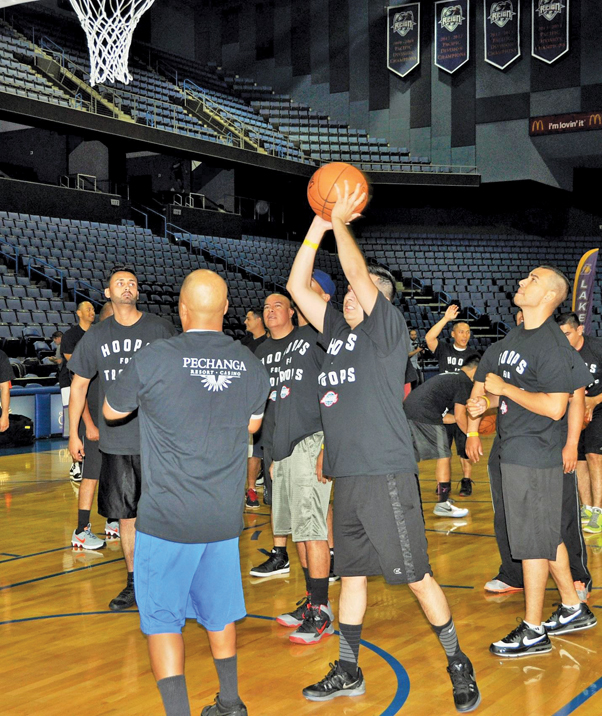 The Los Angeles Lakers partnered with Pechanga Resort and Casino to offer a free basketball clinic to Team March members as part of the National Basketball Association’s Hoops for Troops program. In addition to the clinic, participants were given T-shirts and game tickets for themselves and up to three guests.