The 452nd Air Mobility Wing’s chapel team is here to serve you. The chaplains and chaplain assistants assigned to the wing staff are made up of a great group of men and women from various backgrounds and traditions. The common denominator is that they are here to serve you, right where you are. They serve as a Religious Support Team (RST). When you see members of our chapel team out and about the base it is very intentional that both a chaplain and chaplain assistant are readily available to you. In providing for the spiritual support, moral guidance, counseling, religious rites and general morale the hope is that you know your RST. Whether it’s at a commander’s call or in line at the chow hall, at one of the worship services on drill weekends or running on the track, your RST is here to support you.

But do you know your chaplains and chaplain assistants? I wanted to take this opportunity to introduce these Airmen to you. The A-UTA chapel team includes me, Chaplain (Capt.) Tim Jacobs, Senior Master Sgt. Rita Houchin, Staff Sgts. Daniel Stephens and Sarah Bruen. Get to know us. Let us get to know you!

I joined the U.S. Air Force Air Force Reserve (USAFR) in 1986 as a chaplain candidate. I served as an Individual Mobilization Augmentee (IMA) chaplain from 1986 to 1997. Following a three-year break-in-service, for civilian ministry, I returned to the Reserve in 2000 and served as an IMA at the Defense Language Institute, Monterey, California, for a year before joining the traditional Reserve world at March Air Reserve Base in 2001. From 2001 to 2014, I served on the chapel team here. I deployed in 2009 to Al U’deid Air Base, Qatar. From June 2014 to September 2015 I served as the IMA to the Air Force Space Command chaplain, Peterson Air Force Base, Colorado. In October 2015 I returned to March ARB as the wing chaplain. I earned a bachelor’s degree in Music and Biblical studies 1983 from Azusa Pacific University (APU), a Master of Divinity from Asbury Theological Seminary in 1988 and a Master of Arts in Business from APU in 2003. Since 1990 I have worked full-time at APU on staff and as an adjunct faculty member. I enjoy gardening, camping and spending time with my family.

Chaplain Jacobs joined the USAFR in 2013. He serves as lead pastor at his home church. A native of Chatsworth, California, Jacobs received his Bachelor of Science in Business Administration from Pepperdine University in 1996, his Master of Divinity from Talbot School of Theology in 2002, and his Doctor of Ministry from Dallas Theological Seminary in 2011. Jacobs is a fitness guru, so watch for him on the track or at the gym on any UTA weekend.

Senior Master Sgt. Houchin grew up as a “military brat.” Her parents were both medics in the Air Force. At 18, she joined the Marine Corps and worked as an auto mechanic. After a 16-year break-in-service, she joined the USAFR in 2002 as a chaplain assistant. Houchin was activated for a year in 2005 serving at Travis AFB, California, and served two deployments to Iraq in 2007 and 2010. Houchin just completed her 29th year with the U. S. Post Office, with a recent promotion to the Statistical Programs supervisor.

Staff Sgt. Stephens joined the USAFR in 2005 assigned to the 452nd Security Forces Squadron. He deployed with them to Kirkuk, Iraq and to Aviano Air Base, Italy. In 2010, he transferred to the then 163rd Reconnaissance Wing, California Air National Guard, and joined their chapel team. You may have seen him on the March Field Blue Eagles Total Force Honor Guard team, where he served for five years. He recently transferred back to the USAFR and is the 452 AMW’s newest chaplain assistant. When out of uniform, Stephens enjoys coaching little league baseball, church activities, cooking, barbecuing and family time.

Staff Sgt. Bruen joined the U. S. Air Force in 2006 as a 2W1 weapons apprentice, an Aircraft Armament Systems Specialty. She cross-trained to the chaplain assistant career field, entering the USAFR in 2011 and joined the 452 AMW chapel team. Bruen grew up in Rochester, NY and graduated with a Bachelor of Arts in Religion and Philosophy from Roberts Wesleyan College in 2006. As a civilian, she has worked as a hotel concierge. Bruen is currently working in a backfill assignment for the USAF. 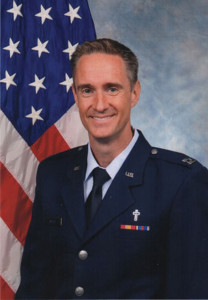 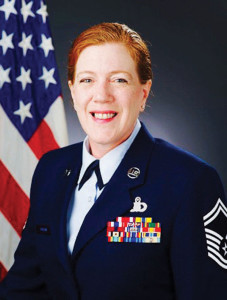 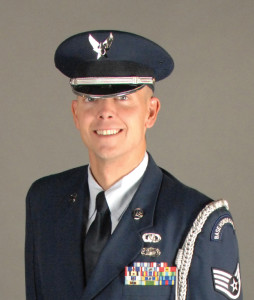 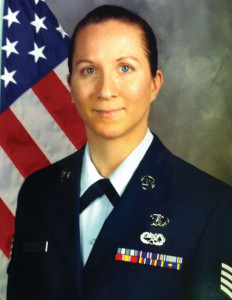