#ICYMI: Here is a higher quality video of the town hall hosted…

#ICYMI: Here is a higher quality video of the town hall hosted by Gen. David L. Goldfein and CMSAF James A. Cody on July 20, 2016. 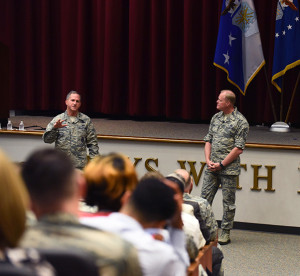