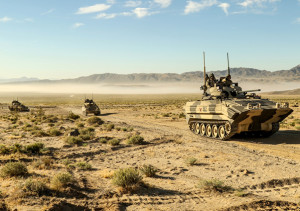 While the United States fought conflicts and insurgencies in the Middle East, South Asia and Africa over the last 17 years, potential adversaries were studying U.S. operations and developing sophisticated weapons, munitions and disruptive technologies.

U.S. forces must anticipate that adversaries will employ these increasingly advanced systems, some approaching or even surpassing U.S. capabilities, while also proliferating them to their allies and proxies around the globe.

Both Russia and China, our two most sophisticated strategic competitors, are developing new approaches to conflict by modernizing their concepts, doctrine, and weapon systems to challenge U.S. forces and our allies across all operational domains (land, sea, space, cyberspace, and space). Russia’s New Generation Warfare and China’s Local Wars under Informationized Conditions are two examples of these new approaches.

In the Middle East, South Asia, and Africa, non-state actors and radical militant groups are gaining military capabilities previously associated only with nation-states. Irregular forces are growing more capable as they adopt new weapons and tactics. Hezbollah has used advanced anti-tank guided missiles, man-portable air defense systems, and a sophisticated mission command system in its conflicts with Israel and participation in the Syrian civil war. Joining Hezbollah in the employment of unmanned aerial vehicles are Al-Qaeda and ISIS, and ISIS has also used chemical weapons. In addition, Iran adopted a very sophisticated warfare doctrine aimed at the U.S., and the Houthi insurgency in Yemen aims rockets and missiles at Saudi Arabia.

The U.S. Army exists to fight our nation’s wars and it rigorously prepares to reach the highest possible level of sustained readiness to defeat such a wide array of threats and capabilities. To attain this end state, training at U.S. Army Combat Training Centers, or CTCs, must be realistic, relevant, and pit training units against a dynamic and uncompromising Opposing Force, or OPFOR. 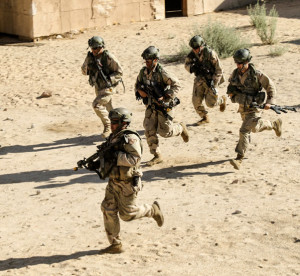 Soldiers of the 11th Armored Cavalry Regiment maneuver through the streets of a compound at the National Training Center, Calif., during an OPFOR training exercise.

The OPFOR is representative of adversary forces and threat systems that reflect a composite of current and projected combat capabilities. The OPFOR must be capable of challenging training units’ mission essential tasks and key tasks within the Army Universal Task List. To maintain OPFOR’s relevance as a competitive sparring partner, U.S. Army Training and Doctrine Command devotes major analytic efforts to studying foreign armies and determining the optimum configuration for OPFOR units that both represent a plausible threat and challenge training tasks. This also requires the Army to consistently modernize the OPFOR with replicated peer or near-peer threat weapons and capabilities.

Modernizing the U.S. Army’s OPFOR program is an unremitting endeavor, because threats continuously change and technology relentlessly revolutionizes the art of war. Replicating the most realistic threat capabilities and tactics is critical for training units and commanders to practice their tactics, techniques, and procedures, and learn from the consequences of their decisions under tactical conditions.

This topic, as well as the challenges the OPFOR enterprise faces in developing much-needed capabilities to effectively replicate threats in a dynamic Operational Environment that postulates a changing character of future warfare, will be highlighted during a Warriors Corner at the annual Association of the United States Army meeting in Washington, D.C., 2:55-3:35 p.m., Oct. 10.