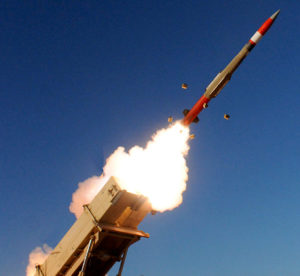 A PAC-3 MSE interceptor streaks toward its target during a test at White Sands Missile Range, N.M.