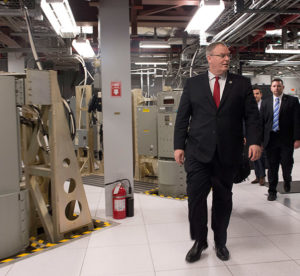 NATO Secretary General Jens Stoltenberg tried to reassure Russia as he spoke at a ceremony attended by U.S., NATO and Romanian officials at the Soviet-built base, located 180 kilometers (110 miles) southwest of Bucharest.

The NATO missile defense site “in no way undermines or weakens Russia’s strategic nuclear deterrent. This site in Romania, as well as the one in Poland, are not directed against Russia,” Stoltenberg said at the opening ceremony. “The interceptors are too few, and located too far south or too close to Russia, to be able to intercept Russian intercontinental ballistic missiles.”

Stoltenberg said the interceptors were designed “instead to tackle the potential threat posed by short and medium- range attacks from outside the Euro-Atlantic area.”

U.S. officials say the Romanian missile shield, which cost $800 million, is intended to fend off missile threats from Iran and is not aimed at Russia.

Stoltenberg noted that Moscow had unilaterally terminated cooperative dialogue about missile defense in 2013. He said, however, the alliance would continue to try and engage Russia in dialogue where possible.

“In times of tension, keeping channels of communication open is even more important,” he said. 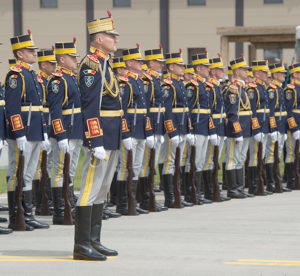 Romanian troops stand in formation during the Aegis Ashore Inauguration Ceremony in Deveselu, Romania, May 12, 2016.

“This is a direct threat to us,” Komoyedov, the former commander of the Russian Black Sea Fleet, told the Interfax news agency. “They are moving to the firing line. This is not just 100; it’s 200, 300, 1,000 percent aimed against us.”

“This is not about Iran, but about Russia with its nuclear capabilities,” he said.

President Klaus Iohannis said Romania wanted NATO to have a “permanent naval presence” in the Black Sea that respected international conventions, and called for increased security for NATO members in the south and east, which border Russia and the Middle East.

“It is important that a credible and predictable presence can be assured of the allied forces on the eastern flank, to balance the northern dimension with the southern and eastern flank,” Iohannis said after meeting Stoltenberg May 12 in the Romanian capital of Bucharest.

On May 13, Polish and U.S. officials will take shovels in hand to break ground at a planned missile defense site in the Polish village of Redzikowo, near the Baltic Sea. 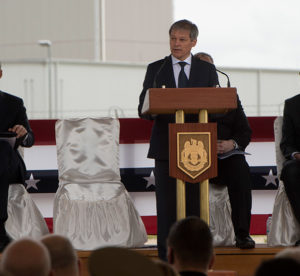 “Today, this site joins the four U.S. guided missile destroyers in Rota, Spain in reaching Phase II of the European Phased Adaptive Approach. As we cut the ribbon, the watchteams are trained and ready, the system has been tested, and we are now in the progress of integrating this site into the NATO integrated Air and Missile Defense Architecture.” – Adm. Mark Ferguson, commander, U.S. Naval Forces Europe-Africa

On Sept. 17, 2009, President Obama announced the concept of EPAA, which calls for using Aegis-based BMD capabilities, both afloat and ashore, to defend Europe against ballistic missile threats originating from outside the Euro-Atlantic Area.

The site first broke ground Oct. 28, 2013. At a ceremony hosted by the Romanian Ministry of Foreign Affairs, Dec. 18, 2015, U.S. and Romanian government officials announced the major military components of the Aegis Ashore Missile Defense System in Romania were complete and had been transferred to the Commander, U.S. 6th Fleet. 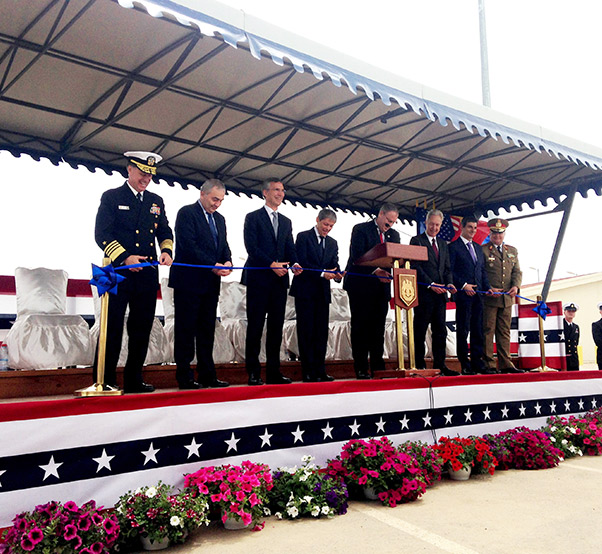 Since that time the AAMDS-Romania site and U.S. Navy crew achieved operational certification through a series of unit-level and theater-level tests and exercises conducted over the past five months, which validated the system’s capability to integrate into the U.S. and NATO BMD architecture.
Construction of a second Aegis Ashore site in Poland is part of the final phase of EPAA. The ground breaking is scheduled for May 13.