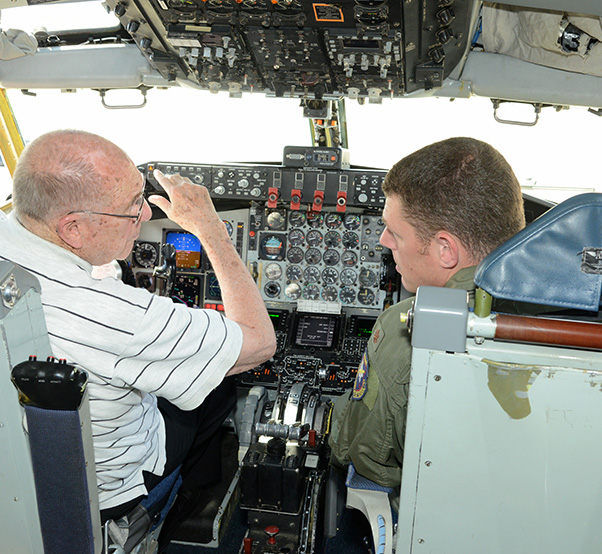 An 85-year-old retired Air Force major got a chance to revisit his favorite aircraft four decades after he retired from the U.S. Air Force.

Jim Worden said his father’s career did have an influence on his own.

“Growing up as a dependent, I was around the Air Force my entire life,” he said. “But I didn’t go in the Air Force, because I didn’t see that they had a need for engineers,” he said. But then he got a civilian job at Edwards Air Force Base. “The variety, the technical challenges here, and the people, are what made my career,” he said.

Jim Worden worked instrumentation on the KC-135 early in his career at Edwards. Dwight Worden flew the KC-135 for the Air Force when they were added to the inventory in the 1950s. Prior to that, Worden flew the KC-97 Stratofreighter, the older, propeller-driven version of the Stratotanker. 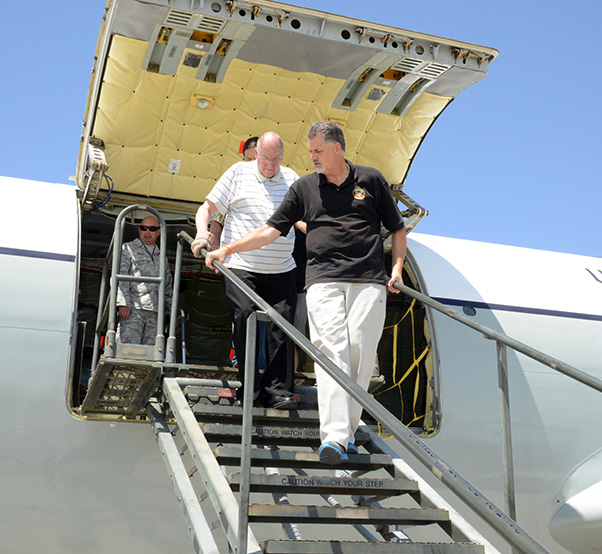 Dwight Worden and his son Jim Worden depart the KC-135 Stratotanker after a tour and discussion with crewmembers. Jim Worden retired Monday, almost exactly four decades after his father.

“I was surprised at the amount of changes made to the aircraft,” Dwight Worden said.

The boom operator explained that Dwight Worden toured a particularly unique KC-135. “Being that 320 is highly instrumented and modified to support our mission here at the test center in certifying tanker/receiver compatibility, Mr. Worden got to see the KC-135 that makes air refueling history on a regular basis. His and 320’s contributions the tanker community are both so valuable, I couldn’t think of a better 135 to have him visit.”

“Our time spent with Mr. Worden was especially unique for a few reasons,” Joachim said. “First, Mr. Worden being initial cadre for the A-model 135 is truly special because of all the things the 135 has accomplished over the last six decades. Secondly The KC-135 officially turns 60 this year and Mr. Worden was lucky enough to have pioneered the most proliferated and successful tanker in aviation history.”

“The KC-135 was my dad’s favorite plane. Today was not just the thrill of the day for him. It was more like the thrill of a generation,” Jim Worden said. 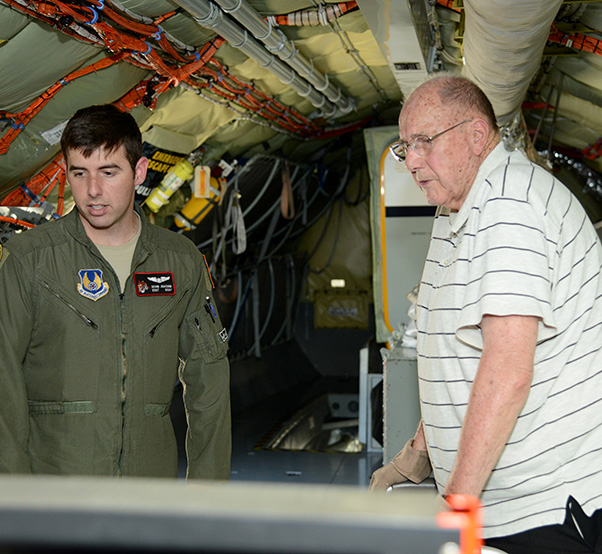 SSgt. Adam Joachim, a test boom operator with the 418th Flight Test Squadron, describes the data-gathering systems and boom operations on a modified KC-135 Stratotanker to retired Maj. Dwight Worden. Worden flew KC-135s for the Air Force when the service was transitioning from the KC-97 in the 1950s.