The Malmstrom Air Force Base Honor Guard rendered respects as a symbol of Thatcher’s legacy of promoting the mission and preserving a rich heritage.
Six airmen carried the American flag-draped casket to Thatcher’s resting place. A seven-member firing party delivered a 21-gun salute against the mountain backdrop, into the crisp blue horizon, giving Thatcher a final farewell as he was laid to rest.

The sound of taps echoed forlornly off nearby trees, while airmen carefully folded the flag 13 times, leaving only the visible blue field with stars representing Thatcher’s service.

Dawn, Thatcher’s wife of 70 years, received the flag from an airman presented on behalf of the president of the U.S., the Air Force and a grateful nation for his honorable and faithful service.

“My father was a very gentle, humble and compassionate individual,” said Jeff, Thatcher’s son and president of Children of the Doolittle Raiders. “He was full of dignity and grace, with the soul of an angel and heart of a lion.”

A B-1B Lancer from the 28th Bomb Wing at Ellsworth AFB, South Dakota, and a B-25 Mitchell performed flyovers in Thatcher’s honor. 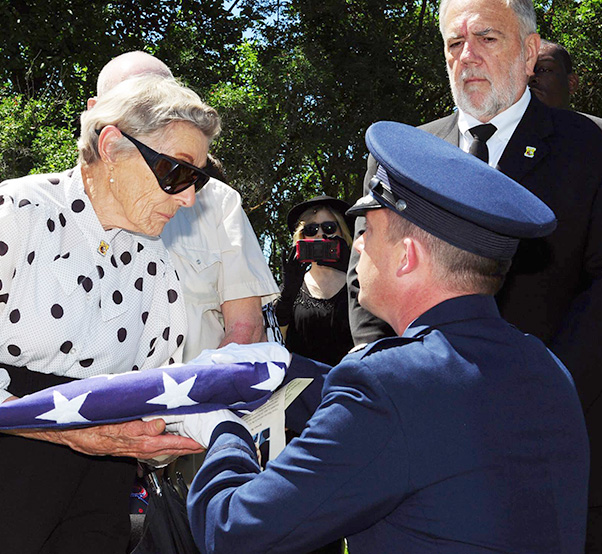 Lt. Col. Michael Epper, the 341st Force Support Squadron commander, presents the American flag to Dawn Thatcher, wife of former Staff Sgt. David J. Thatcher, during a funeral service June 27, 2016, in Missoula, Mont. At 20 years old, Thatcher was an engineer gunner in Flight Crew 7 of the Doolittle Tokyo Raids. His crew crash-landed into sea off the coast of China on April 18, 1942. Thatcher saved four members of the crew by pulling them to safety on the surrounding beach and applying life-saving medical treatment, even though he was injured himself.

Ellsworth AFB has a strong tie to the Doolittle Raiders. It is home to three of the four original squadrons that participated in the historic raid: the 34th and 37th Bomb Squadrons and the 89th Attack Squadron.

With Thatcher’s death, Dick Cole is the last surviving Doolittle Raider. Cole is 100 and lives in Comfort, Texas.

The Doolittle Raid
The Doolittle Tokyo Raid was a part of early World War II efforts to turn the tide, increase morale and display a show of force to Japan and the world. Eighty men in 16 different B-25 bombers participated in the historic raid.

Sixteen crews took off from the USS Hornet (CV-8), led by Col. Jimmy Doolittle and flew over Japan’s main island of Honshu and dropped bombs on vital defense resources within Tokyo.

The plan was to land in a part of China not infiltrated with enemy soldiers after completing the mission. 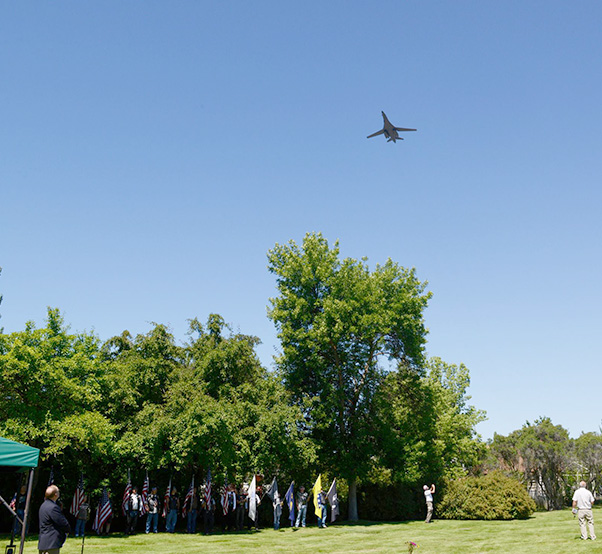 A B-1B Lancer from the 28th Bomb Wing at Ellsworth Air Force Base, S.D., performs a flyover in honor of former Staff Sgt. David J. Thatcher on June 27, 2016, in Missoula, Mont.

At 20 years old, as an engineer gunner in Flight Crew 7, Thatcher took to the skies in a B-25 named Ruptured Duck.

The crew crash-landed into the sea off the coast of China on April 18, 1942. Thatcher saved four members of the crew by pulling them to safety on the surrounding beach and applying life-saving medical treatment, even though he was injured himself.

“I had a bird’s eye view as I was in the turret on top, I could see in every direction. It was a beautiful day when we came in over the beach. Before we reached Tokyo, there were six airplanes in formation that came toward us,” Thatcher said in a 2015 interview. “We were flying so low in formation that I’m sure they didn’t see us.”

Seven men never made it home, but the sacrifice of those brave aviators and the remaining 72 men have been celebrated in time honored, custom rich memorials and toasts every year since.

Thatcher was among those brave men.

He graduated from high school and enlisted into the U.S. Army Air Corps on Dec. 3, 1940. Thatcher completed the airplane and engine mechanic course in Lincoln, Nebraska, and was prepared for war.

In response to the attack on Pearl Harbor, Thatcher was a part of 25 missions to include the Doolittle Tokyo Raids, the first bombing in Rome and operations in both England and Africa. 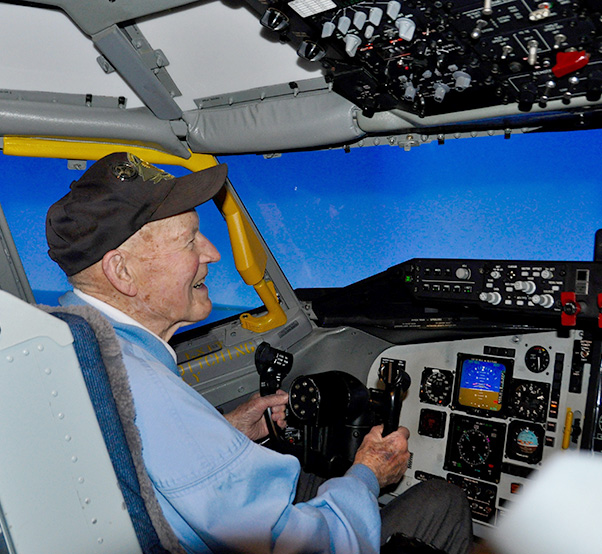 The humble veteran was often quoted saying he “was only doing (his) job.”

In 1944, Thatcher returned to Missoula, got married and worked as a clerk and postman.

Thatcher is a recipient of the Congressional Gold Medal and Air Force Silver Star. His other decorations include the Distinguished Flying Cross, Air Medal with four oak leaf clusters, and the Chinese Army, Navy and Air Corps Medal.

“Be prepared for anything you might run into. We weren’t,” said Thatcher when offered the opportunity to give airmen a piece of advice April 17, 2015.

Thatcher’s death leaves a legacy of honor for Air Force history and an overwhelming sense of pride in his closest family and friends.