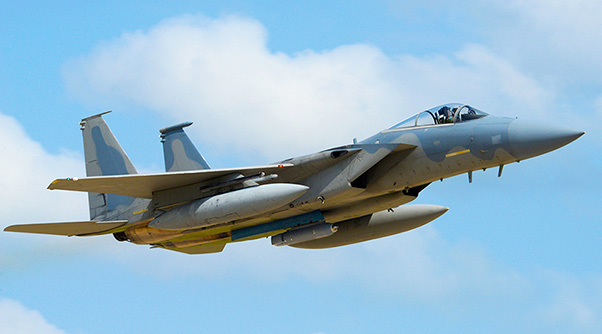 The flight test began at Jacksonville Air National Guard Base in Florida. Using its common interface, Legion Pod was rapidly integrated onto the F-15C without any modifications to the aircraft.

Legion Pod is available to meet the requirements of the U.S. Air Force’s F-15C infrared search and track program of record, which include long-range detection and tracking in a wide field of view. Legion Pod also offers a variety of capabilities for other fighter and non-fighter aircraft.