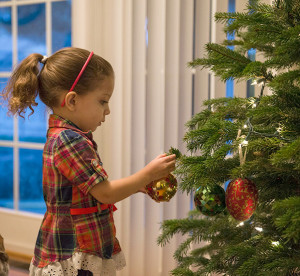 Yai Payne hangs an ornament on her family Christmas tree in Mountain Home, Idaho, Dec. 5, 2015. For Yai, this is the first time she has been separated from her mother due to a deployment.