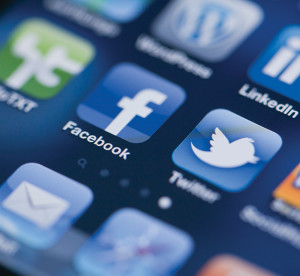 People who use social media are constantly reminded to be careful when posting and sharing information. The Office of the Director of National Intelligence recently enacted a new policy under which federal agencies may consider publicly available social media information in connection with an application for a security clearance.

People who use social media are constantly reminded to be careful when posting and sharing information because it’s almost impossible to know who might be monitoring their activity.

For people who want to get or maintain a security clearance, there is now one more reason to exercise online discipline. The Office of the Director of National Intelligence recently enacted a new policy under which federal agencies may consider publicly available social media information in connection with an application for a security clearance. Security Executive Agent Directive Five was signed May 12, codifying federal background investigative authority to incorporate publicly available social media information in the security clearance process.

The guidelines make clear that agencies can target publicly available social media posts, if they deem it necessary, but cannot force individuals to hand over their passwords for private accounts, or provide pseudonyms for any profiles.

“Social media has become an integral–and very public–part of the fabric of most American’s daily lives,” said Bill Evanina, Director of ODNI’s National Counterintelligence and Security Center. “We cannot afford to ignore this important open source in our effort to safeguard our secrets–and our nation’s security.”

Additionally, the policy states that social media information gathered as part of a background check will not be retained unless it is considered “relevant” to the security status of the person in question.

Social media can be a place where people show their true character, says U.S. Army Garrison Italy Command Security Office Alfred Bullard. So now those who need to have a background check give investigators the green light to check into their online activity.

“All personnel who have a security clearance or complete a Personnel Security Background Investigation for a security clearance are giving authorization to be subject to scrutiny of their social media to look for character, trustworthiness, reliability issues and foreign contacts,” said Bullard.

While the policy does focus on looking at online activity, it places important restrictions that limit the federal government’s reach into the private lives of clearance applicants and holders. Absent a national security concern, or criminal reporting requirement, information pertaining to individuals other than the individual being investigated — even information collected inadvertently — will not be pursued. In addition, investigators may not request or require individuals to provide social media passwords, log into a private account or take any action that would disclose non-publicly available social media information.

This is as it should be, Evanina said. These requirements, along with considering an applicant’s public social media presence, “are a small price to pay to protect our nation’s secrets and ensure the trust the American people have placed in us.”