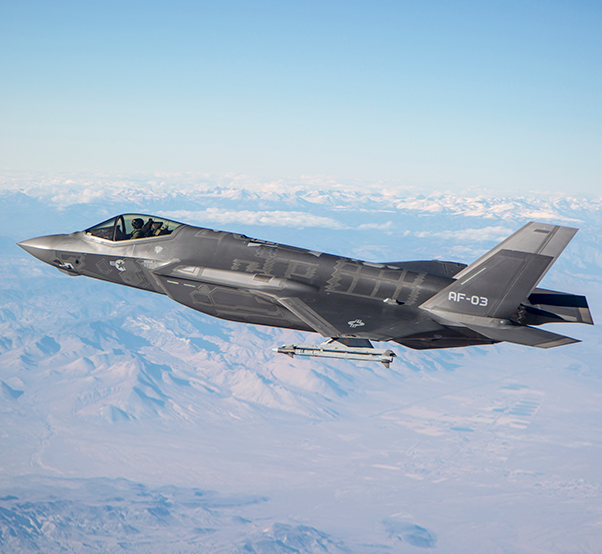 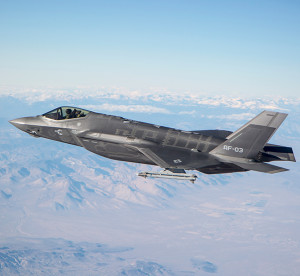 The weapon is the first short-range, air-to-air missile to be used on the F-35.

“These tests validated the on-board communications and handoffs between the aircraft and the missile required to prosecute an aerial target,” said Mark Justus, AIM-9X program director for Raytheon Missile Systems. “AIM-9X will help ensure our pilots and allies have the most reliable and effective weapons on the F-35. We look forward to the remaining flight test and integration work, leading to fielding of the AIM-9X on the most advanced fighter aircraft.”

The series of guided live fire tests proved the end-to-end system capability of AIM-9X on the F-35, including:
* Loading
* In-flight carriage
* Target acquisition by the aircraft, passing a target cue to the missile on the rail
* Missile target acquisition and track
* Launch initiation
* Safe separation
* In-flight guidance
* Impact/proximity fuzing at target intercept.

The F-35 can carry two AIM-9X missiles on its wings and four AIM-120s internally when configured for an air dominance mission. These test firings advances integration of the AIM-9X, with introduction across the F-35 fleet expected in 2017. Complementary Raytheon weapons (AMRAAM and AIM-9X) ensure allied pilots flying the newest fighter aircraft have the most reliable, effective and lethal arsenal to assure victory in combat.

The fourth guided test in the series is expected to take place later this year.

About AIM-9X
* AIM-9X is a U.S. Navy-led, joint Navy and U.S. Air Force program, with program offices in Patuxent River, Md., and Tucson, Ariz.
* Raytheon has been producing AIM-9X missiles for more than 14 years.
* AIM-9X entered operational service in 2003; international deliveries began in 2005.
* AIM-9X Block II, which adds a datalink capability, successfully completed operational testing and began full rate production in 2015.
* The U.S. Navy declared initial operational capability with the Block II in March, 2015.
* The Block II will also be the baseline effector for the U.S. Army Indirect Fires Protection Capability Increment 2 Intercept, Block 1, making AIM-9X a true dual-use missile, effective in either air-to-air or surface-to-air applications without the need for modifications to the missile.
* AIM-9X currently has 21 international customers. This includes nine original Block I customers, followed by 12 new and five repeat Block II customers. Block II deliveries to international customers will begin in 2016.
* AIM-9X reliability for the currently fielded system has reached three times the required mean time between failures.

One base, one boss: 355th wing strengthens mission competence