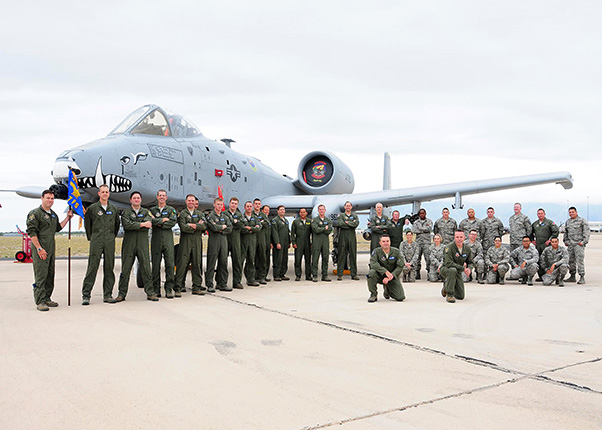 Airmen from the 47th Fighter Squadron pose for a photo April 12, 2016, during their unit training assembly at Davis-Monthan Air Force Base, Ariz.

As the Air Force Reserve Command’s only unit-equipped, both actively and classically associated organization, the 924th Fighter Group stood up at Davis-Monthan Air Force Base, Tucson, Ariz., in the spring of 2014.

This was the first time a new AFRC unit-equipped aircraft maintenance unit had been successfully established in almost 30 years.

Because there was no existing manpower model for a unit-equipped classic and active associate fighter group, the leadership of the 924 FG had to pioneer new ground. “This is exactly what our AF is about; innovation,” said Lt. Col. Brian Cusson, 47th FS commander.

During the tumultuous formative stages of the initial stand-up, the 924 MXS sustained an impressive fully Mission Capable rating within the year. And in spite of significant facility, resource, and manning challenges, they continue to meet AFRC’s 77 percent MC standard. 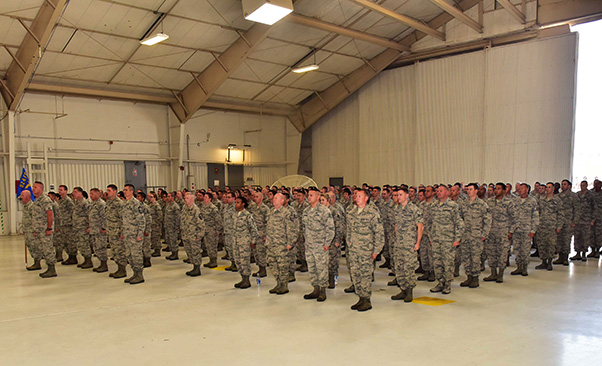 Airmen from the 924th Fighter Group stand at attention June 4, 2016, during their commanders call at Davis-Monthan Air Force Base, Ariz.

Today, the group continues to successfully graduate combat mission ready pilots on time or ahead of schedule. The 47 FS unit yields 13 percent of all 11F pilot production for the Total Force and traces its lineage to the historic P-40Bs that fought during and after the attack on Pearl Harbor during World War II.

Leading the group from the beginning, Col. Thomas McNurlin, 924 FG commander, has acted as both the commander for the overall group and as the interim maintenance squadron. His background and various leadership positions with the Air National Guard AFRC Test Center uniquely prepared him for this unexpected dual-hatted role.

“I wanted to ensure we were accomplishing the mission safely while doing our very best to take care of Airmen,” said McNurlin. In spite of some unforeseen obstacles, the group has successfully graduated every single Combat Air Force formal training unit pilot student on time or early with no class A, B, or C safety incidents.

During the past two years the group has deployed numerous Airmen in support of Operations INHERENT RESOLVE and ATLANTIC RESOLVE. The 924th Airmen were key support and were credited with destroying multiple high value targets and saved over 24 International Security Force lives during the deployments.

This year, the group demonstrated their persistent dedication to excellence by claiming the championship title in the worldwide biennial, “Hawgsmoke” competition. Out of 14 A-10C teams from across the globe, the 47th FS team of four company grade officer pilots were the “Best of the Best,” winning top overall pilot, top conventional team, and top overall team. This is the second time in a row the 924th FG took top honors at the event. 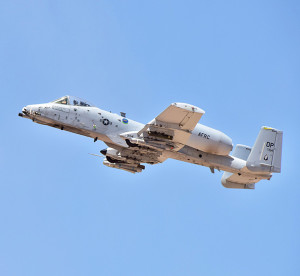 An A-10C Thunderbolt II assigned to the 924th Fighter Group, Davis-Monthan Air Force Base, Ariz., performs a flying maneuver during the 2016 Hawgsmoke competition at Barry M. Goldwater Range, Ariz., June 2, 2016. The first Hawgsmoke competition began in 2002 where A-10 units across the globe competed in ground attacks and target destruction.

“It was truly a feat of Airmanship to see these young officers show what’s best about our nation and service: teamwork, dedication to mission, and honoring our great Air Force history and heritage,” said Cusson.

In addition, the unit excelled during “Combat Shield,” the ACC annual inspection, by increasing the overall grade in battle systems sets 40 percent in one year.

“When looking at the accomplishments of the 924th MXS, I realized that the dynamics of this organization are unlike any I’ve been associated with in my career, and the results have been phenomenal,” explained Lt. Col. Bo Shelton, 924th MXS commander “There’s a relentless dedication to mission here. No other unit has done what we’ve done with our [limiting factors], a true reflection of “Service before Self.”