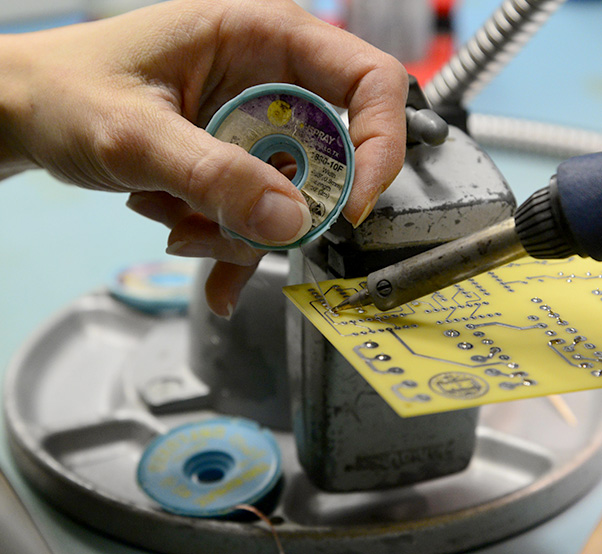 A student assigned to the 372nd Training Squadron, Detachment 11, Miniature and Microminiature (2M) Circuit Card Repair course solders a circuit card at Davis-Monthan Air Force Base, Ariz., Oct. 3, 2016. The 2M program is a part of the U.S. Navy program, but can be applied to multiple airframes in the U.S. Air Force.

From the outside, it’s a barren building with no windows and few travelers through the doors, but down its concrete halls, Airmen from all over the world are expanding their knowledge on aircraft maintenance.

The 372nd Training Squadron, Detachment 11 at Davis-Monthan Air Force Base, Ariz., has three programs consisting of 69 courses to provide hands-on training to new maintainers as part of their tech school, as well as advanced training for career Airmen.

“The students are here for roughly six weeks, 23 academic days, where they learn how to crew an A-10,” said Capt. Katelynn Higgins, 372nd TRS, Det. 11 commander. “They spend a lot of time practicing launch and recovery, but also focus on things like servicing and basic mission design series system knowledge. My team’s focus is to teach and instill confidence, as well as competency, so these young men and women can successfully crew their own jets one day,” 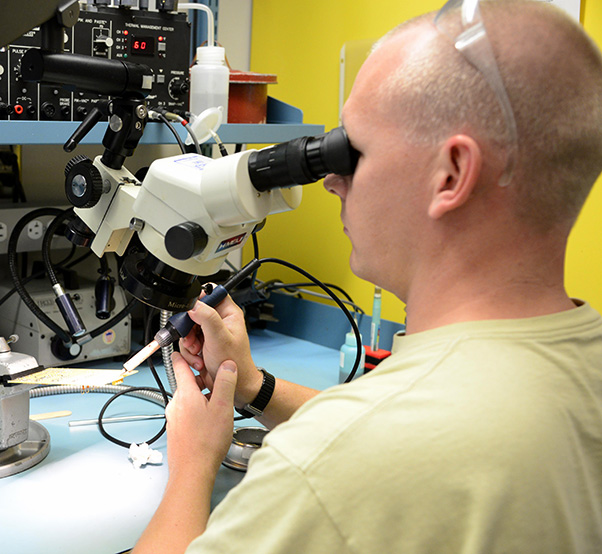 The detachment is one of 28 geographically separated units that falls under the 372nd TRS at Sheppard AFB, Texas. The units allow Airmen to receive hands-on training that is unavailable in Texas.

“We are here and not at Sheppard, because this is where the aircraft and mission is,” said Senior Master Sgt. Daniel VerNooy, 372nd TRS Det. 11 chief.  “At Sheppard, the students have static aircraft, but they can only do so much. We actually take them out and integrate with the flying mission and that is where they get the real hands-on aircraft launch, recovery and refuel. It’s really the point of contact which drives the need for the detachments to be located where they are.”

The detachment, along with its eight MRA instructors, has graduated nearly 350 students from the MRA program in the last two years.  Upon graduation, the Airmen are awarded a 3-skill level and sent to their duty stations.

Once the Airmen leave the school, they may still return in the future. The detachment’s J4 program provides follow-on training for all aircraft maintenance units at D-M AFB.

“These are students that are already assigned to units on base,” VerNooy said.  “They’ve been on the airframe for at least six months and they come to us for more advanced technical skills.” 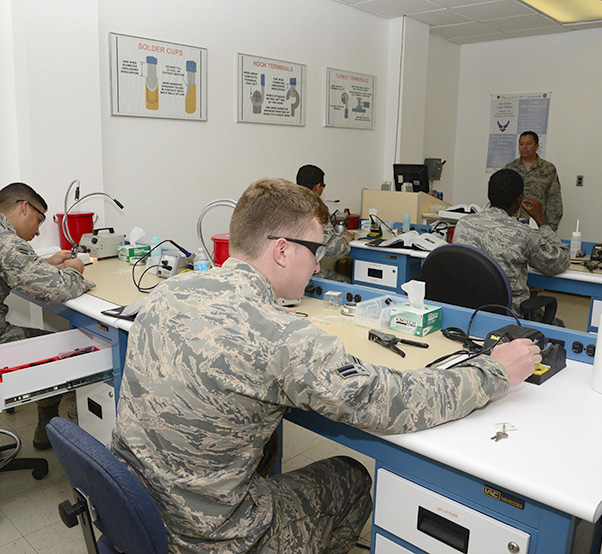 Students at the 372nd Training Squadron, Detachment 11 complete an assignment after receiving instruction at Davis-Monthan Air Force Base, Ariz., Oct. 3, 2016. The 372nd TRS, Det. 11 has three programs consisting of 69 courses to expand the skills of aircraft maintainers.

Due to the variety of D-M’s missions, instructors provide courses to cover 13 Air Force Specialty Codes. These include career fields involving the A-10C, EC-130H, HC-130J, HH-60G and F-16 weapons systems. The duration of the classes are between one and six weeks depending on the focus.

Although the classes are mostly Air Force specific, the unit has integrated with its sister branch to make one of its curriculums available in the detachment.

The Miniature and Microminiature (2M) Circuit Card Repair training is part the U.S. Navy’s curriculum. Even though it is a Navy program, the class is useful to multiple airframes in the Air Force. The Naval Sea System Command has recognized the 2M program as the best in the Department of Defense for seven consecutive years.  This program saves the Air Force about $15 million annually.

To build up the Air Force and its programs even more, the unit has mobile training teams which consist of instructors who travel to other bases to complete training for personnel on these installations. 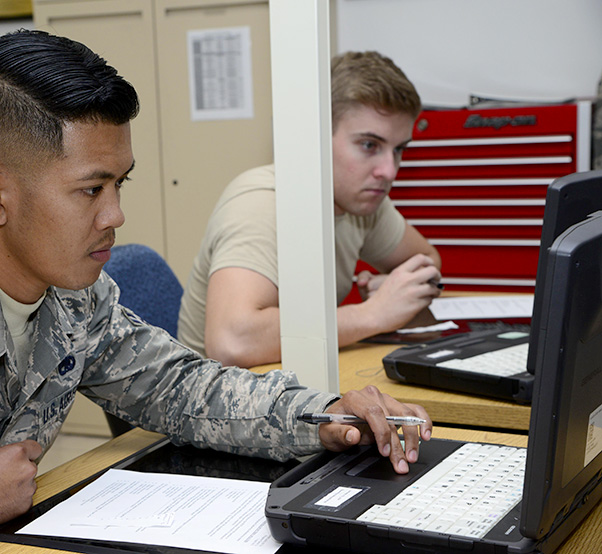 “Most bases have their own field training detachment, but not every base is manned the same,” Higgins said. “Looking at things like student flow help determine what instructors in what AFSC will go where. For example, we have an egress instructor while (Moody AFB, Ga.) does not. We send him there about once a quarter to teach down their backlog. Another example for us, we don’t have a C-130 fuels instructor, so another detachment sends their fuels instructor to us to teach.”

With all of its classes combined, the detachment administered more than 25,000 hours of instruction and graduated about 1,000 students from the J4 program in fiscal year 2015.

The unit is continually expanding its programs and courses to adapt to the modifications of the aircraft at D-M. Over the next few years, the unit will add courses to accommodate the new C-130 AVP glass cockpits and the new HH-60W platform. 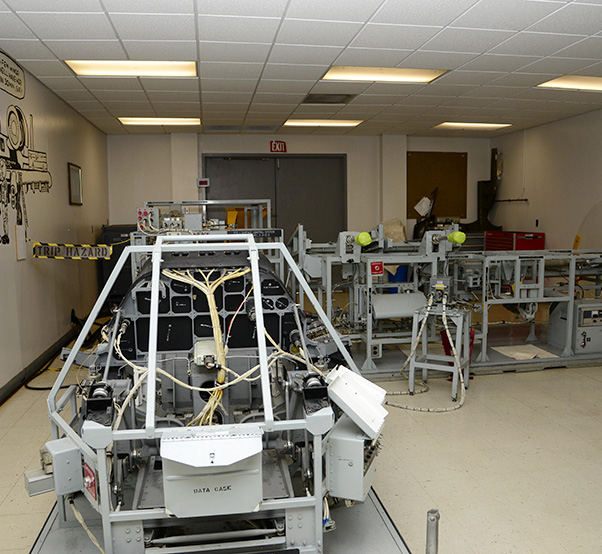 The skeleton of an A-10 Thunderbolt II’s cockpit rests in the 372nd Training Squadron, Detachment 11 at Davis-Monthan Air Force Base, Ariz., Sept. 27, 2016. The stripped model allows students to become more familiar with the aircraft in order to become further effective at diagnosing mechanical problems.