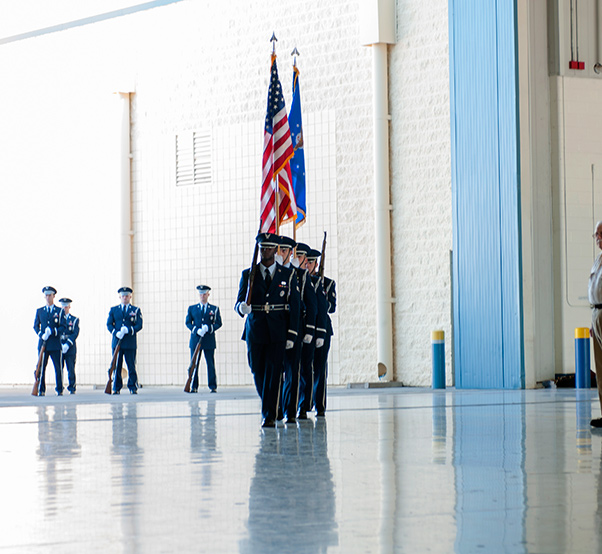 “Today we pay tribute to our first wing commander,” said Brig. Gen. Phil Purcell, commander of the 162nd Wing. “An outstanding officer who inspired his fellow Airmen and laid the foundation for our wing and our success.”

In 1956, Morris moved from an Air Guard unit in Phoenix to establish a squadron of F-86A Sabres at Tucson Municipal Airport.  He was one of a dozen Phoenix Guardsmen tasked with the job of creating an interceptor mission out of a farmhouse and empty dirt-floor hangar. 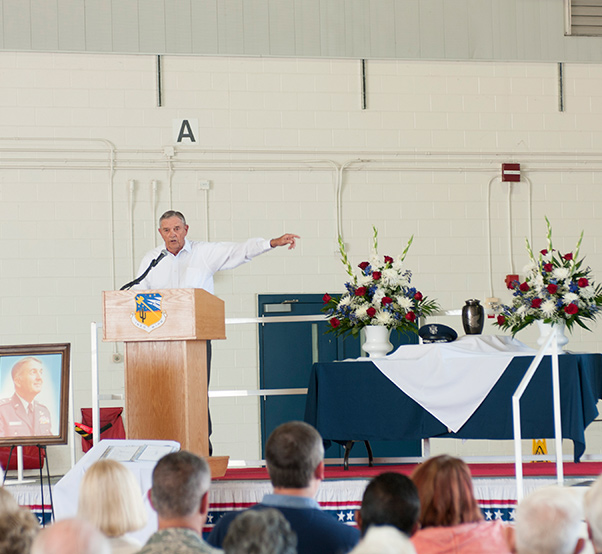 Retired Maj. Gen. Wess P. Chambers points in the direction of the unit’s first dirt floor hangar as he recounts the career of retired Maj. Gen. Donald E. Morris during a ceremony Oct. 14. 2016.

Retired Maj. Gen. Wess P. Chambers served under Morris and was one of the first group of Guardsmen assigned to Tucson.  During the ceremony he recalled the night the 152nd Fighter Interceptor Squadron was established.

Within weeks the 152nd grew to 15 officers and 80 enlisted Airmen – a sign of what Morris would rapidly accomplish during his command.

Today the 162nd Wing boasts a robust international F-16 pilot training mission with more than 70 high-performance jets, a remotely piloted aircraft program with persistent combat and reconnaissance capability, an alert mission ready to respond at a moment’s notice to protect our region’s airspace, and a strength of more than 1,700 Airmen. 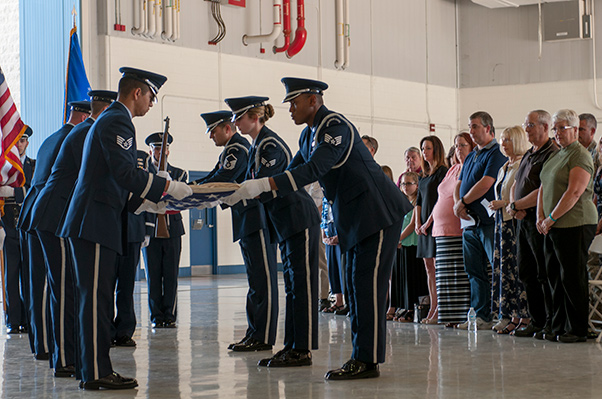 “The reason the wing is the success it is today is because of the superb and outstanding leadership of Gen. Morris,” said Maj. Gen. Michael T. McGuire, the Adjutant General of the Arizona National Guard. “He put the best interests of all Airmen ahead of himself and truly epitomized selfless service.  Our country, our nation and our state owe him a great debt of gratitude for his service.”

In addition to recognizing the contributions Morris made to the ANG, each speaker also took a moment to recognize the service and sacrifice of Morris’ family.

“I would like to extend a special thank you to Gen. Morris’ family,” said Purcell.  “Thank you for your support of Gen. Morris throughout his life and career, he is truly our heritage and the men and women of the 162nd are proud to share this day of celebration with you.” 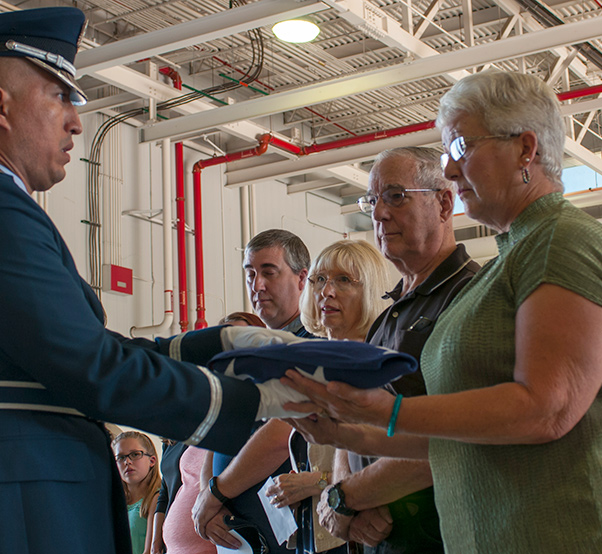