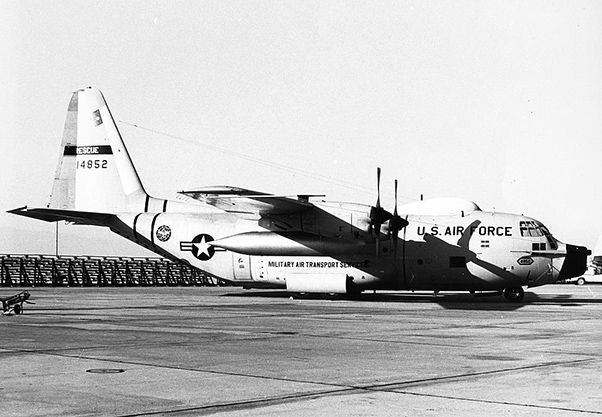 King 52, the first HC-130H configured for Air Force rescue tests on the Edwards Air Force Base flightline in 1966. The plane was retired out of Patrick Air Force Base, Fla., March 6, 2017, after 50 years of service.

After more than 50 years of faithful service and rescue missions spanning the globe, King 52, the first HC-130 configured for Air Force rescue in 1964, retired March 6. King 52 was one of a few HC-130s converted to conduct rescue operations in the 1960s and tested at Edwards Air Force Base, Calif.

Accompanied by its 920th Rescue Wing dedicated crew chiefs and a nostalgic aircrew, the aircraft, Tail number 4852, heads to Davis-Monthan Air Force Base, Ariz., from Patrick AFB, Fla., where it has been stationed since mid 2015.

“It was about to retire when we acquired it from Moody Air Force Base,” said Tech. Sgt. Norberto Nieves, 920th Aircraft Maintenance Squadron expeditor and former crew chief to King 52. “It was a work horse; that’s for sure.”

“It’s sad to see it go,” the San Juan, Puerto Rico, native continued. “As crew chiefs, we dedicate a lot of time, sweat, and sometimes blood to these aircraft. They become a part of us.”

King 52’s current dedicated crew chief, Tech. Sgt. Matthew White, also with the 920th AMXS, said while the aircraft was out of commission with a major maintenance issue for a good portion of the time he had it, he’s still upset to see it retire.

“Like Nieves said, these aircraft become a part of you and it’s tough to see something you’ve worked so hard on go into retirement,” said the Spokane, Washington, native. “The most rewarding part of being a dedicated crew chief is seeing the aircraft you spent so many hours on takeoff and come back home safe and sound.” 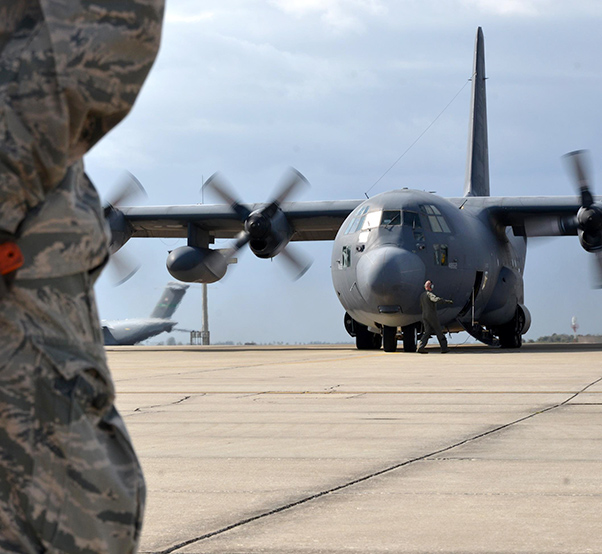 During its time at Patrick AFB, King 52 flew local training missions as well as missions to Key West, Fla., and across the country to Davis-Monthan AFB.

Maj. Nick Philpitt, the 920th Rescue Wing Inspector General Inspections chief and an HC-130 navigator, said he flew King 52 a handful of times and is honored to be part of the aircraft’s final flight.

“I haven’t flown a lot of missions with No. 52; however, it is somewhat sentimental to be flying her to retirement denoting it’s the end of an era,” said the Orlando, Fla., native. “Like a classic car that you’ve owned and driven, an airplane become an extension of you. Putting it to bed for the last time is moving.”

King 52’s career ends with the Air Force Materiel Command’s 309th Aerospace Maintenance and Regeneration Group, where it will be stored in the boneyard with other retired military and government aircraft.

As for the 920th RQW’s HC-130P/N maintenance crews, they continue to work hard at home and abroad ensuring the fleet is rescue-ready. 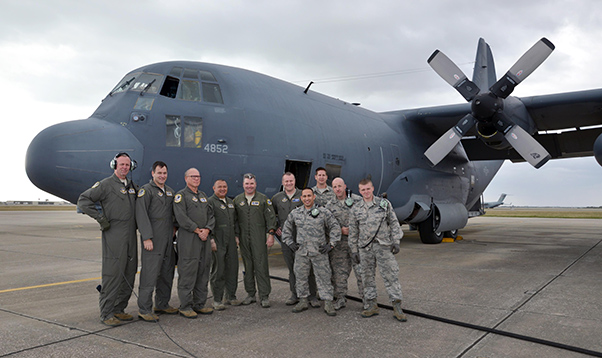 Crew members from the 39th Rescue Squadron and 920th Aircraft Maintenance Squadron pose in front of King 52, the first HC-130 configured for Air Force rescue in 1964, before taking it on its final flight from Patrick Air Force Base, Fla., to Davis-Monthan Air Force Base, Ariz., where it will retire March 6, 2017.

A-10 demonstration team to perform during 2018 airshow season