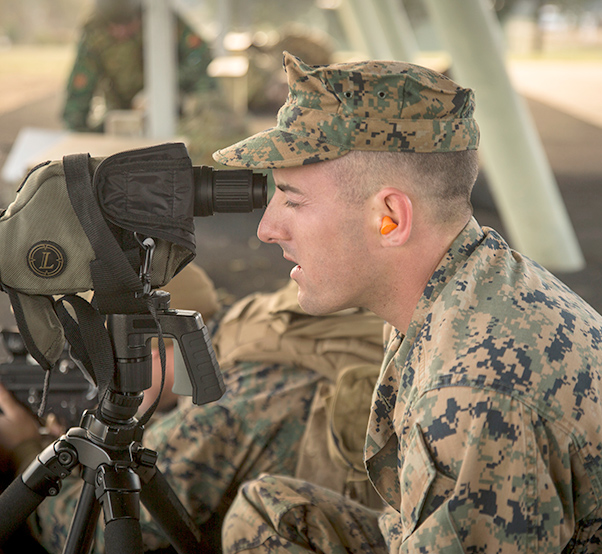 Sgt. Johnathon Solinsky spots for a Marine calibrating an M40A6 sniper rifle, May 14, 2017, as part of the Australian Army Skills at Arms Meeting, in Puckapunyal, Australia. The meet brings together 20 countries to compete in a variety of competitions, including the pistol, rifle and machine gun. Solinsky, a native of Tucson, Ariz., is an instructor with the Marine Corps Rifle Team, based at Marine Corps Base Quantico, Va.