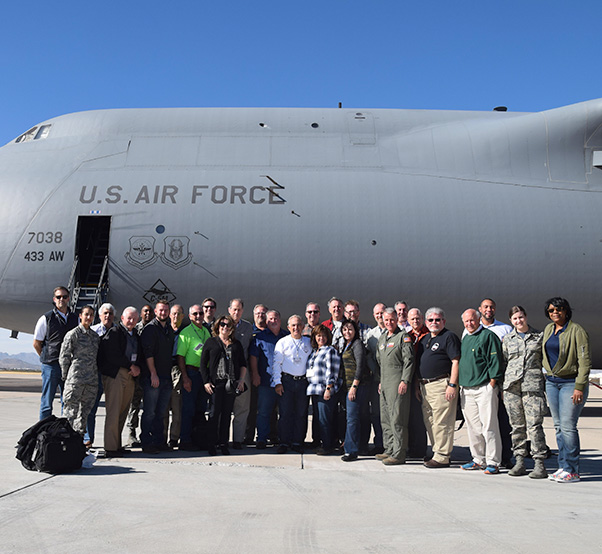 Civic leaders from San Antonio, Texas pose for a group photo Nov. 17, 2017 in front of a C-5M Super Galaxy at Davis-Monthan Air Force Base, Ariz. The 22 civic leaders from Military City U.S.A. visited the 943rd Rescue Group and toured the Aerospace Maintenance and Regeneration Group, also known as “The Boneyard” and the Arizona Air National Guard’s 162nd Wing.

Recently, 22 civic leaders from the San Antonio area did just that during the 433rd Airlift Wing’s Civic Leaders’ Tour to Davis-Monthan Air Force Base, Ariz., Nov. 16-17, 2017.

The first stop after receiving a briefing about the upcoming flight was an intelligence briefing in the 433rd AW command post. The purpose of the briefing was to give the civic leaders an idea of what a Reserve Citizen Airman would experience prior to a deployment.  After the briefing, the group boarded a C-5M Super Galaxy for a flight which included an aerial refueling over a New Mexico desert.

After lunch and a 355th FW mission brief, the group visited the 943rd Rescue Group.  The 943rd RQG is trained and equipped to conduct combat search and rescue missions worldwide. Their mission requires them to travel to dangerous austere locations to recover wounded personnel. The pararescuemen and pilots showed off their life-saving medical equipment, rescue vehicles and HH-60 Blackhawk helicopter.

The Air Force Reserve Pararescuemen received a portion of their training at JBSA-Lackland, attending a two-week Combat Control Orientation Course. 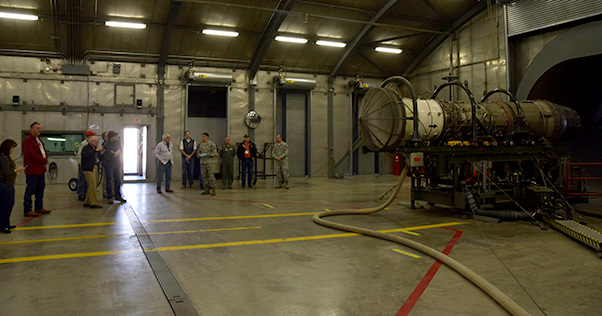 Civic leaders from San Antonio, Texas toured an F-16 engine test facility belonging to the Arizona Air National Guard’s 162nd Wing Nov. 17, 2017 at Davis-Monthan Air Force Base, Ariz. The wing flies the F-16 Falcon and were able to see an engine test in the facility nicknamed the “hush house.”

The next stop on the guided tour was the world-famous “air reservoir”, officially known as the 309th Aerospace Maintenance and Regeneration Group. AMARG is a specialized facility which provides critical aerospace maintenance and regeneration capabilities for joint and allied/coalition warfighters.

A social event was hosted by the Tucson Chamber of Commerce at a local dining establishment later that evening. There, business leaders from Tucson and San Antonio discussed how to better assist the military in their communities.

“This trip has been quite an eye opener,” Scott said. “Coming to Davis-Monthan Air Force Base in Tucson and talking to their civic leaders, we have opened up some communication channels between the two civic leader groups.”

The final stop Friday morning was to the Arizona Air National Guard’s 162nd Wing.  The wing trains foreign pilots to fly the F-16. The leaders met with F-16 maintainers and toured the engine testing facility, also known as the hush house due to its quiet environment, to witness an engine test. 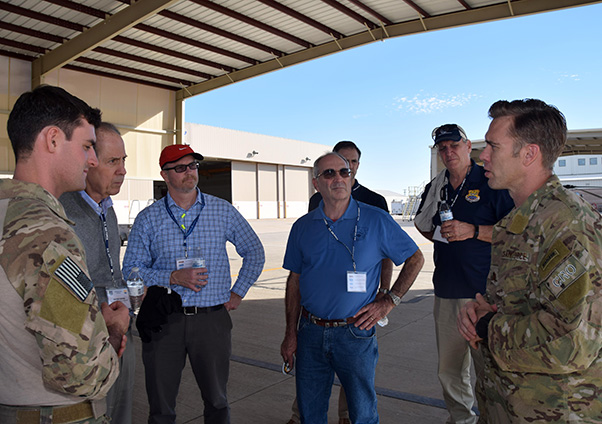 Civic leader tours like this trip to Davis-Monthan give civilian employers an idea of what their employees might have experienced before entering the civilian work force. “This trip has given me an idea of what our partners (employees) might have lived through,” said Patricia Revollo, a district manager with Starbucks and a 433rd Civil Engineering Squadron honorary commander. “Now that I have taken a glimpse into what they have experienced, it helps me (understand).”

“Seeing the Active Duty, the Reserve and Air National Guard allowed the civic leaders to embrace the Total Force and to see what the Total Force is all about,” Scott said. 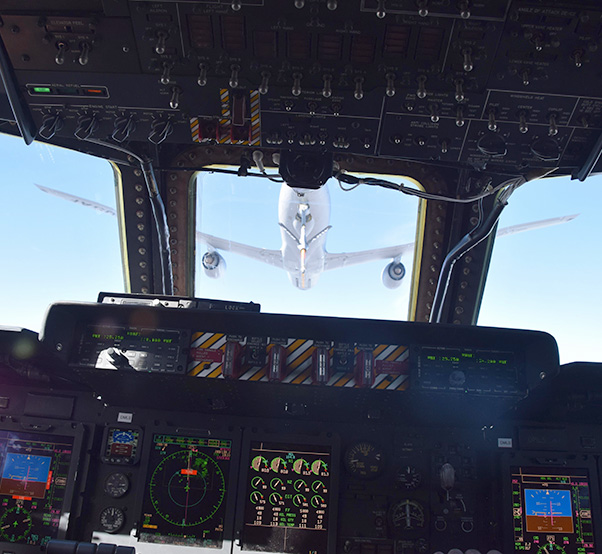 A KC-135 Stratotanker prepares to refuel a C-5M Super Galaxy from the 433rd Airlift Wing during a civic leader tour to Davis-Monthan Air Force Base, Ariz., Nov. 16, 2017. The 22 civic leaders from Military City U.S.A. visited the 943rd Rescue Group and toured the 309th Aerospace Maintenance and Regeneration Group, also known as “The Boneyard” and the Arizona Air National Guard’s 162nd Wing. 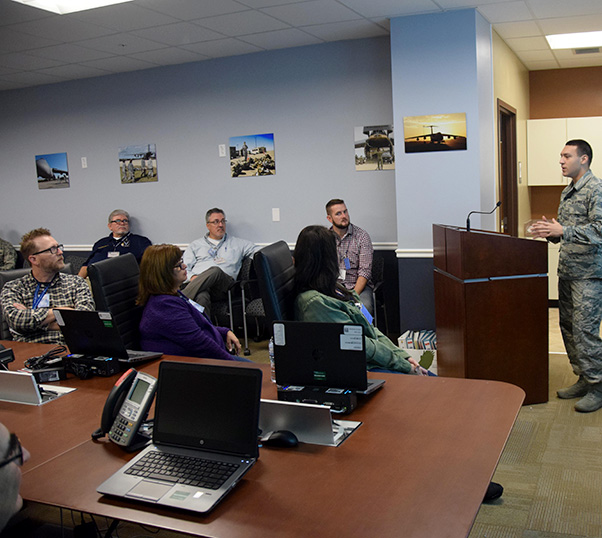