The 355th Fighter Wing commander met with members of the Davis-Monthan Tucson Valley Council for a quarterly update here Feb. 9.

The DMTVC was established to identify areas of mutual concern between Davis-Monthan Air Force Base, Ariz., and Tucson and Pima County leaders.

Some of those in attendance represented Sen. John McCain, U.S. Rep. Martha McSally, Arizona House of Representatives and the Air Force Association. 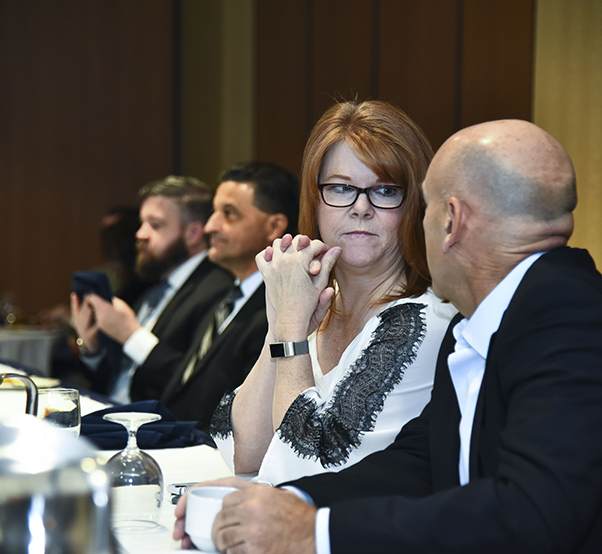 Stacey Saucedo and C.J. Karamargin, Davis-Monthan Tucson Valley Council members, speak during a meeting at Davis-Monthan Air Force Base, Ariz., Feb. 9, 2018. The DMTVC was established to identify areas of mutual concern between D-M AFB and Tucson and Pima County leaders.

Campbell, also an A-10 pilot, briefed recent news such as the Light Attack Experiment, an effort to test an affordable, yet effective close air support aircraft from existing technology. Campbell also addressed the Air Force’s initiative to replace the wings on A-10s.

A large portion of the meeting was devoted to discussing the ongoing Cactus Flag exercise and upcoming Red Flag exercise.

“This is all part of the Chief of Staff’s direction to get us, as commanders, to go back to what we call full-spectrum readiness,” Campbell said. “So instead of having bits and pieces ready on the hook, we have the entire wing ready to deploy and go anywhere in the world. This is 24 hours, 7 days a week — we’re going back to that stage of readiness.” 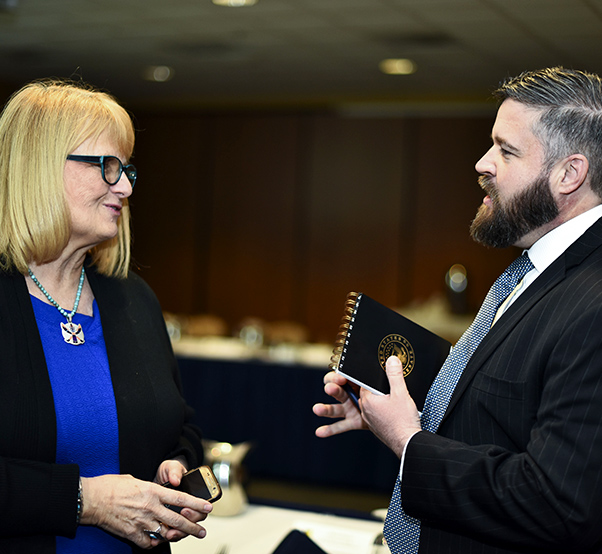 Members of the Davis-Monthan Tucson Valley Council speak during a meeting at Davis-Monthan Air Force Base, Ariz., Feb. 9, 2018. Some of those in attendance were representatives of Sen. John McCain, U.S. Rep. Martha McSally and the Air Force Association.