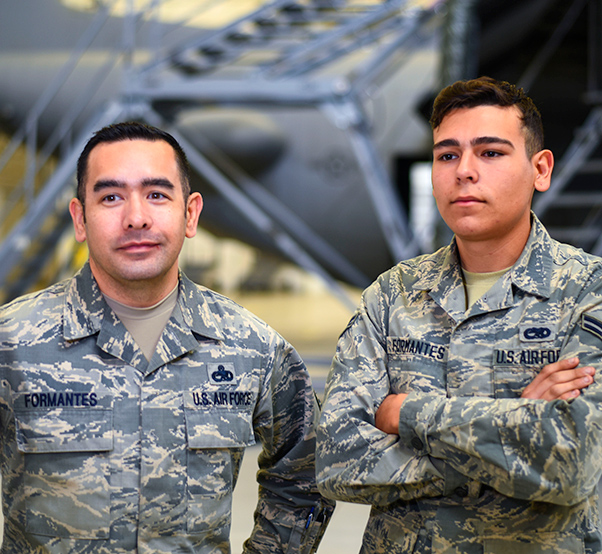 Master Sgt. Robert Formantes, 355th Component Maintenance Squadron aircraft fuels system section chief, and his son Airman 1st Class Jacob Formantes, 355th Equipment Maintenance Squadron aircraft structural maintenance apprentice, hold an on-camera interview to talk about being stationed together at Davis-Monthan Air Force Base, Ariz., Feb. 22, 2018. Robert has been in the Air Force for 17 years and Jacob will complete one year in May 2018.

Since the U.S. Air Force’s establishment in 1947, sons and daughters have followed in their parents’ footsteps to serve their country. Rarely do they get the opportunity to serve alongside each other.

“It was my second week of tech school when I found out I would be stationed here at D-M,” Jacob said. “I just had to call my father. I knew he wouldn’t believe it.”

Though it was hard to see his oldest child leave the nest, Robert was proud of Jacob’s decision to join the Air Force.

“It was a huge sigh of relief,” said Robert. “I knew the Air Force was going to take care of him. He would learn a trade and still have a skillset to use if he decided not to stay in.” 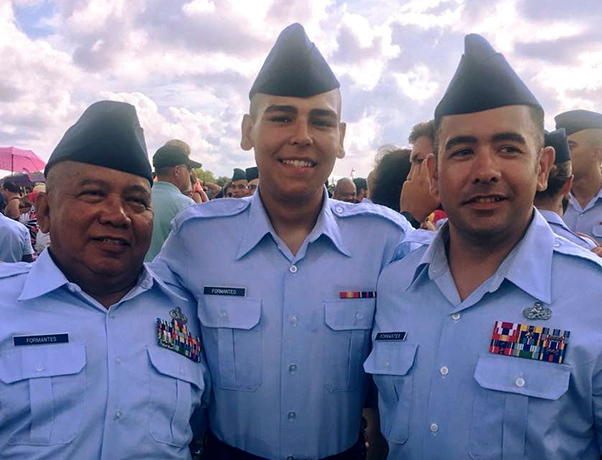 Growing up, Jacob saw first-hand the opportunities that came with joining the Air Force.

“I wasn’t nervous,” Jacob said. “I saw how well the Air Force treated my dad and family and that made me very comfortable in my decision.”

Jacob’s father had always played an important role in his life through his strong leadership and mentorship.

“His input has definitely had a great impact on my life,” Jacob said. “He’s helped me every single step of the way. Since I was young he’s taught me the values of family, respect for others and hard work which I know I can use to be successful in the Air Force and in life.”

No matter how far or close their careers may place them, Robert will always support his son’s endeavors.

“I want him to be able to wake up every morning, look in the mirror and be proud of himself,” Robert said. 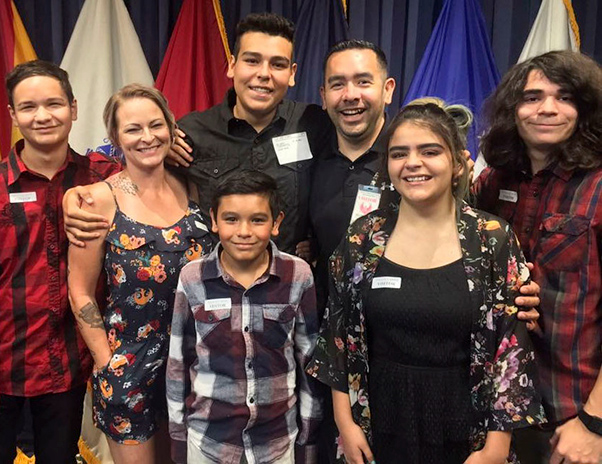 The Formantes family pose for a picture after Jacob, center, took his first oath of enlistment at the military entrance processing station. Robert and Jacob are both stationed at Davis-Monthan Air Force Base, Ariz.