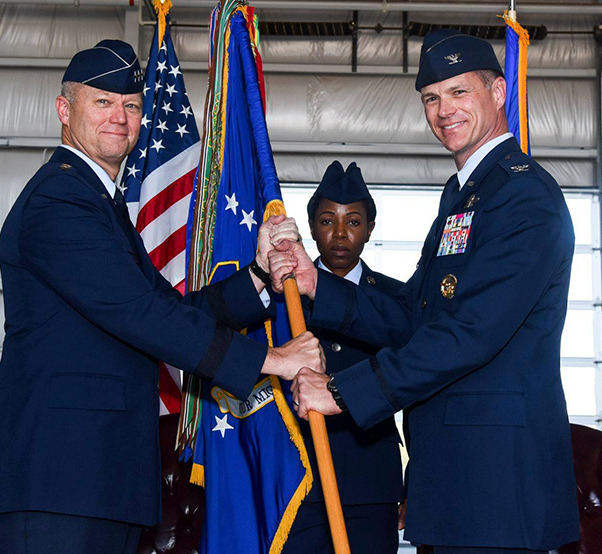 “I was excited right from the get-go,” Drowley said when learning of his selection to be the fighter wing’s next commander. “But I knew I had big shoes to fill when I learned D-M just won installation of the year.”

Although Drowley knew there was a challenge ahead, he was eager to not only lead, but also join the award-winning team.

“I’m really excited to get to know everyone and what they do – to get to know them on a personal level so I know what I can do to help them out,” said Drowley. “It’s what I look at as one of my primary responsibilities.”

Drowley prefers this selfless approach because he sees the Airmen as part of a family, and for him, family comes first.

“For me, the best gift I could have is watching my family enjoy something,” Drowley said of his birthday. “They love sushi and I love steak, but I’d rather go to a sushi dinner because I like seeing them have a good time.” 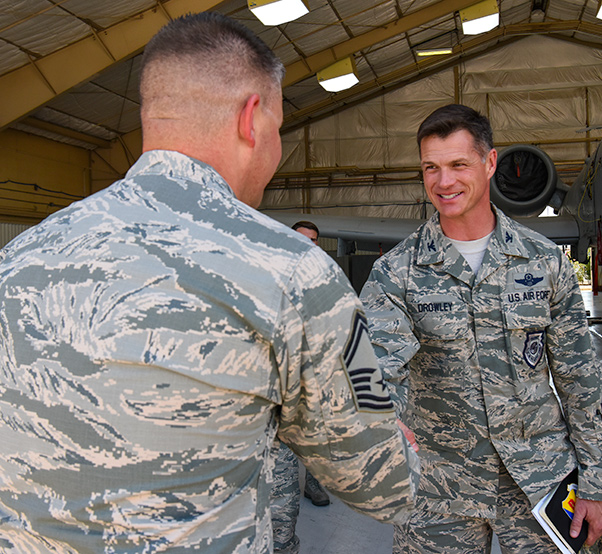 Col. Mike Drowley, 355th Fighter Wing commander, greets Airmen of the 354th Aircraft Maintenance Squadron during an immersion at Davis-Monthan Air Force Base, Ariz., July 9, 2018. While conducting immersions is part of the job for a commander, the interpersonal aspect is even more important to Drowley, who describes his leadership style as personable and service oriented.

Drowley’s family supported him as he led some of the very first combat missions to Iraq and Afghanistan. Though the deployments gave him valuable experience as a military leader, he maintained his service-oriented approach wherever he went.

“It’s not enough to be excellent yourself, you have to give that back in some form. And that’s one of the greatest responsibilities in leadership — it’s not about how you perform, or how you do, it’s how the entire team does.”

Drowley wants to make sure Airmen and their families are taken care of so that D-M has the ability to rapidly deliver combat power and maintain lethality against its adversaries.

“The previous wing commanders did a really great job articulating the mission and having a vision for where they want Davis-Monthan to go,” Drowley said. “I plan to continue the trajectory of that vision and reach new levels of excellence.”

“Most new leaders come in giving an expectations brief — here’s what I expect of you,” Drowley said. “I look at it a little differently — here is what you can expect of me. I feel like I owe that to them.” 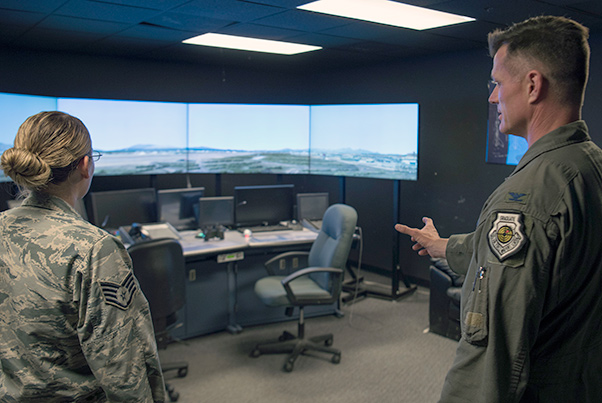 Col. Mike Drowley, 355th Fighter Wing commander, tours the air traffic control tower during an immersion at Davis-Monthan Air Force Base, Ariz., July 13, 2018. The purpose of immersions is for commanders to familiarize themselves with the installation and its Airmen.