Airmen from the 162nd Wing, Arizona Air National Guard, have wrapped up Exercise Ample Strike 2018 at Namest Air Base, Czech Republic, after a 31-year hiatus since their last deployment overseas.

Ample Strike is an exercise led by the Czech Republic that allows joint terminal attack controllers and close air support aircrews to train together to improve NATO ally and partner nation interoperability.

“This exercise is unique in that this is the first time we have been to Europe in 31 years,” said Chief Master Sgt. Mark D. Franklin, 162nd Maintenance Squadron, Component Maintenance Flight superintendent. “It is also unique that we are working specifically with JTACs. Most of our mission at home is strictly to train new fighter pilots.”

The 162nd Wing acts as a schoolhouse for students to learn how to fly the F-16 and has trained pilots from more than 20 countries. The teaching from the wing’s instructor pilots has led to developing strategic partnerships and building strong international relationships based on performance, friendship, and trust.

“The coordination between our unit and all of the military personnel from the Czech Republic that happened before we came over here was smooth,” said Lt. Col. Chris T. Schneider, 195th Fighter Squadron commander, Arizona ANG. “They were very inviting, and they were going to support us in anything we needed just to get the airplanes over here.” 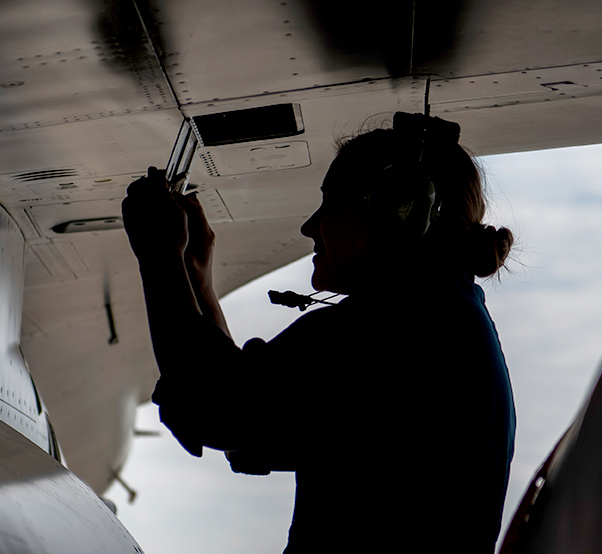 Senior Airman Devyn Beregi, a 162nd Wing crew chief, Arizona Air National Guard phase dock, checks the A-system hydraulics of an F-16C Fighting Falcon at Namest Air Base, Czech Republic. Maintainers check the aircraft hydraulic fluid as part of their launch procedures. The work of the 162nd Wing maintainers adds to the ability of the United States forces to respond quickly to support and defend our allies.

Schneider described the special accommodations the Army of the Czech Republic made for the 162nd Wing to operate out of Namest Air Base to include: acquiring an F-16-specific arresting gear safety cable on the runway for emergencies, setting up a tent city for all mission essential operations, and hosting multiple planning conferences to ensure the event would be successful.

The exercise is significant for the 162nd because it allows the wing to participate as part of a bigger team and work alongside the nations that would operate with the U.S. in real-world situations, added Franklin.

In addition to working with NATO allies and partners, the Arizona ANG worked alongside the active duty and Reserve components of the U.S. Air Force. This unified integration creates an environment for the U.S. to maintain a strong presence across the world through the combined efforts of Total Force Airmen.

“We have had the opportunity to interact with active duty stationed here in Europe in order to make this mission a success,” said Franklin. “It has gone exceedingly well. They are here to support us in any way that they can, which has been fantastic.” 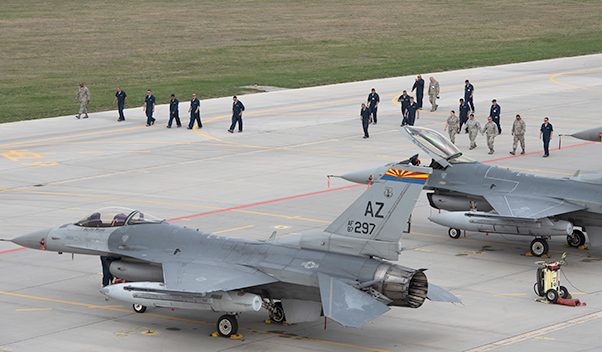 Members of the 162nd Wing, Arizona Air National Guard, walk the flightline looking for debris that could cause damage if ingested by the engine of the F-16 at Namest Air Base, Czech Republic. FOD walks are accomplished each morning before the first sortie. The Arizona Air Guardsmen help to provide critical support throughout the USAFE-AFAFRICA area of operations by deploying to and interacting with a variety of nations.

Deployments require coordination and communication between multiple units and personnel from various locations, as well as among those at home station.

“This deployment was a goal we were trying to achieve,” said Schneider. “There are people at home that did a lot of hard work for us to be over here. Everything that everybody did to get us here doesn’t go unnoticed.”

During the exercise, the 162nd flew more than 60 sorties while participating in air-to-air refueling and supporting NATO ally and partner nation JTAC teams and CAS aircrews.

“Overall the deployment was a huge success,” said Schneider. “Again, we have never been out of the country before with our F-16s. Everything that goes into an overseas deployment is a monumental task and it was one of the smoothest deployments I have been on, which is no small feat.” 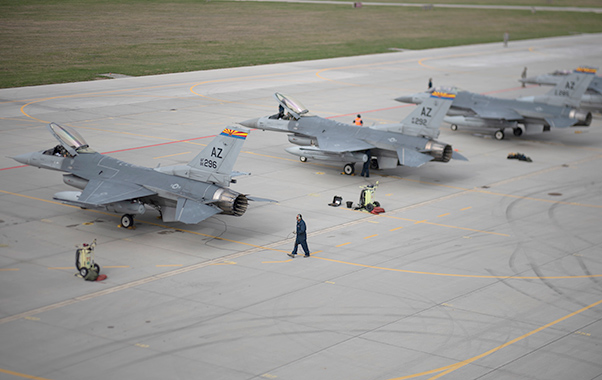 Maintainers from the 162nd Wing, Arizona Air National Guard, launch F-16C Fighting Falcons at Namest Air Base, Czech Republic. The 162nd Wing flew over 60 sorties during Ample Strike 2018. The Arizona Air Guardsmen help to provide critical support throughout the USAFE-AFAFRICA area of operations by deploying to and interacting with a variety of nations. 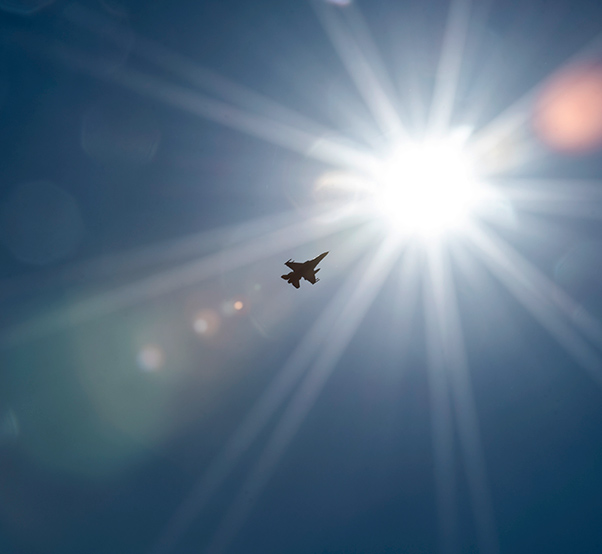