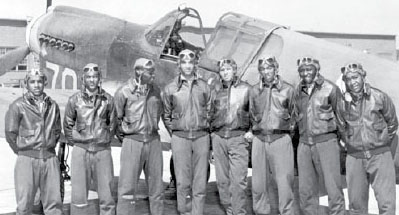 BARKSDALE AIR FORCE BASE, La. — February is the time the nation sets aside to celebrate the history of African-Americans. Dr. Carter Woodson advocated for a week to celebrate the accomplishments and contributions of African-Americans and initiated such a week in 1926. February was chosen because of the birthdays of Frederick Douglass and Abraham Lincoln. It was expanded to the entire month of February in 1976.

Many may ask why there is a need for such a month. The simple answer is that Black history is not made easily accessible in the education system throughout the country. It is therefore a time to celebrate all of the accomplishments, accolades, ups, downs and in-betweens. African-Americans have contributed immeasurably to American society and to the military. Our very own Air Force celebrates the contributions of African-Americans such as the Tuskegee Airmen.

Remembering the service of the Fifth Army’s 92nd Infantry Division

47th Fighter Squadron: Laying the Foundation of an Attack Pilot

Remembering the service of the Fifth Army’s 92nd Infantry Division

47th Fighter Squadron: Laying the Foundation of an Attack Pilot