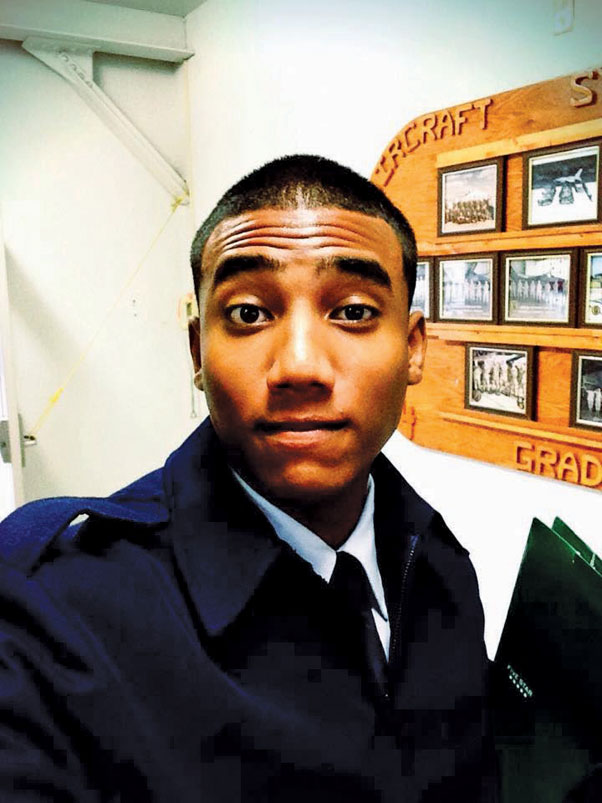 Approximately a week before Thanksgiving, the 21-year-old Airman died in his sleep after returning home from the gym for a nap. He had served only two Unit Training Assembly weekends here.

When Hendrick passed, his parents requested he be buried at Riverside National Cemetery. However, according to DOD policy, service members must serve in the military at least two years to receive a military funeral and be allowed burial in a national cemetery, unless Killed In Action. This meant that Hendrick could not be rendered the military honors and respect that his longtime, Air Force father had hoped for.

After news that policy would prevent the military honors for Hendrick, Team March immediately came together and leapt into action. Gomez started making calls to find a way to give Hendrick a military burial.

“They have their rules. They have their regulations. They couldn’t bend them, and so we went for the next best thing,” said Gomez. “We just started working on making sure the honor guard was there, paying for bagpipes, and getting as many of our people out there as we could.”

“Even though we will never have an answer as to why such an incredible young man passed away, there are people who are willing to go out of their way to show their love and their appreciation, and that’s what Miss Davis did,” said Maj. David Sarmiento, the 163rd Reconnaissance Wing’s chaplain at the base.

With help from Ken McKenzie, owner of Mckenzie Mortuary Services in Los Angeles, Riverside’s local Veterans of Foreign Wars ensured a 21-gun salute was performed at the burial as well as the playing of TAPS.

With the combined efforts of Gomez, Davis, Mckenzie and the March family, Hendrick was given a formal military burial service.

Col. Douglas S. Weskamp, 163 RW vice commander, praised the honor guard and volunteers for their dedication as wingmen for a new Airman.

“They did their job, (and) they did it with respect,” he said.

Weskamp and Sarmiento both agreed that not only was it the volunteers who were wingmen to Hendrick, but also the Airmen from the 452nd Aircraft Maintenance Squadron who showed their upmost respect to their comrade.

“All the guys who worked with him in AMXS, even though they only worked with him for two drills, showed up in blues to pay their respect to the dad and Lionel and his friends,” said Sarmiento.

The rallying to provide military honors for Hendrick portrays the Wingman concept here at March Field. Whether an Airman serves his or her country many years or just a few months, the 452 AMW takes care of its own.

“It was hard because we didn’t know him, but wanted to do right by him,” said Gomez. “No matter how short of time he was with us, he was still a part of us.”