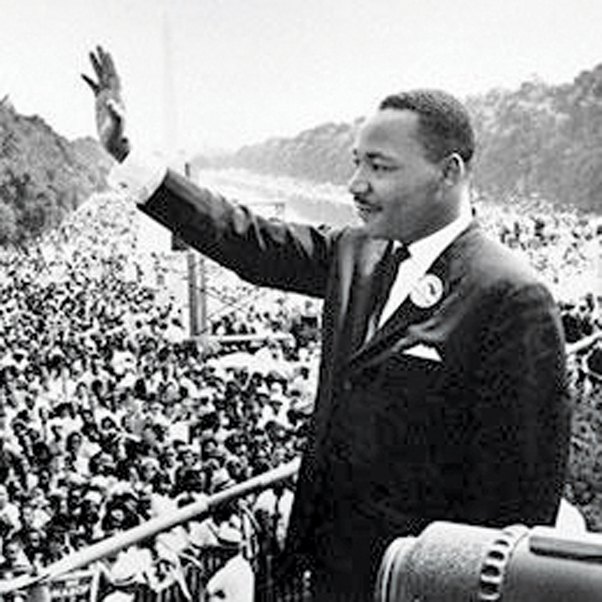 (Second in a series of three)

Last week, we presented some historic milestones that took place during the 1920s, 30s and 40s. This week we take a look at the next three decades.

– Ralph J. Bunche wins the Nobel Peace Prize for mediating the 1949 Armistice in the Arab-Israeli conflict in the Middle East.

– Gwendolyn Brooks becomes the first African American to win a Pulitzer Prize, which she receives for her poetry collection Annie Allen.

– The Supreme Court rules unanimously, in Brown v. Board of Education, against school segregation, overturning its 1896 decision in Plessy v. Ferguson.

– Chuck Berry records “Maybellene.” A true showman, Berry goes on to write numerous rock and roll classics. He is also responsible for one of rock’s most recognizable stage moves, the duckwalk.

– Lorraine Hansberry’s A Raisin in the Sun is the first Broadway play by an African American playwright. The title comes from the poem “Harlem” by Langston Hughes.

– Berry Gordy Jr., with an $800 loan from his family, establishes Motown Records in Detroit, Michigan. Motown’s distinctive music plays an important role in the racial integration of popular music.

– Althea Gibson is the first African-American tennis player to earn a major title, winning both women’s singles and doubles championships at Wimbledon.

– For the first time since Reconstruction, the federal government uses the military to uphold African Americans’ civil rights when Soldiers escort nine students to desegregate a school in Little Rock, Arkansas.

– Four African-American college students hold a sit-in to integrate a Woolworth’s lunch counter in Greensboro, North Carolina, launching a wave of similar protests across the South. One of those protests, the Friendship Nine who were arrested and jailed for 30 days for sitting at a segregated lunch counter in Rock Hill, S.C., were cleared of their charges for trespassing and breach of peace just last week, 54 years later.

– Four African-American girls are killed in the bombing of the Sixteenth Street Baptist Church in Birmingham, Alabama. The bombing elevated worldwide sympathy for the civil rights cause.

– Sidney Poitier becomes the first African-American actor to win an Oscar for Best Actor, which he won for his role in Lilies of the Field.

– Shirley Chisholm becomes the first African-American woman to be elected to Congress. She will serve for seven terms.

– Tennis player Arthur Ashe is the first African American to win the U.S. Open. He wins both the amateur and professional open national championships in the same year.

– With the full engagement of the U.S. in the Vietnam War, African-American service members continue the tradition of serving with distinction.

– Hank Aaron breaks Babe Ruth’s record for career home runs. Aaron continues to hold many of baseball’s most distinguished records today, including runs batted in (2,297), extra base hits (1,477), total bases (6,856), and most years with 30 or more home runs (15).

– The Jefferson’s, one of the first sitcoms about an African-American family, premieres. It will run for ten years, becoming one of television’s longest-running and most watched sitcoms.

– Alex Haley receives a special Pulitzer Prize for his novel Roots, showing the impact of slavery on American society. The miniseries is aired the following year, achieving the highest ratings for a television program.

– Barbara Jordan of Texas becomes the first African-American woman from the South to be elected to the U.S. House of Representatives. She will serve three terms.