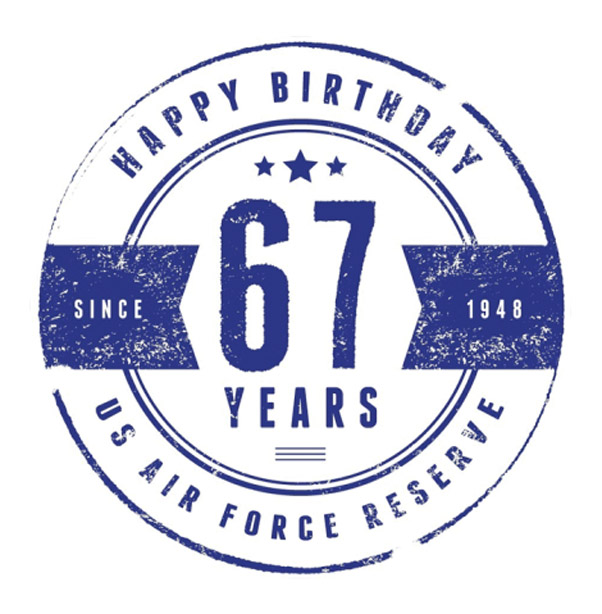 ROBINS AIR FORCE BASE, Ga. — For many Airmen, April 14 will be just another Tuesday. But to members of the Air Force Reserve, it will be a day to reflect on how each and every one contributes to the Air Force mission.

On April 14, 1948, the Army Air Corps Reserve transferred to the Air Force, officially becoming the Air Force Reserve. However, since 1916 Reserve members have played a unique and integral role in the military.

Since the Reserve’s establishment as a separate part of the Air Force, Reservists have played vital roles in many U.S. operations to include the Korean War, Vietnam, and Operations Enduring Freedom and Iraqi Freedom.

“[The Reserve] has had a presence in everything. There’s not one [conflict] that they haven’t been involved with,” said Paul Larson, Headquarters Air Force Reserve Command staff historian. “Reservists have had a massive presence in Korea, Vietnam, Desert Storm, Grenada, Panama in ‘89, Operations Northern and Southern Watch, the Gulf War, 9/11, Operation Iraqi Freedom and Operation Enduring Freedom. We’ve been everywhere, doing everything.”

Throughout the Reserve’s history, there have been some Airmen who have stood out from the rest; Airmen who were brave enough to stand up to adversity and make changes for the better.

In 1948 Lt. Gen. George Stratemeyer became the first commander of the Continental Air Command, which took responsibility over Air Force Reserve and Air National Guard personnel. Stratemeyer is known for establishing 130 air reserve training detachments so that Reservists had facilities to keep their skills sharp and maintain readiness at all times. In addition, he developed an “understudy program” in which individual reservists trained with their active-duty counterparts. This allowed for maximum mobilization. The program is still in use today and is known as the individual mobilization augmentee program, which comprises more than 9,000 people.

In the early 1920s, Grover and Albert Loening made history when they designed the Loening OA-1A, a unique observation amphibian aircraft. The Army ordered 45 OA-1As that were used in the Pacific theater of operations, and a total of 169 aircraft were built for other military uses, to include intelligence, surveillance and reconnaissance. Around the 1960s, the Loening brothers requested more recognition programs for certain units and personnel. Soon after, the request was approved, and the first Grover Loening trophy was presented in September 1963. The award was given to a troop carrier wing that achieved the most outstanding tactical excellence that year. Albert Loening also established an award, which recognized operational excellence amongst Reserve rescue and recovery units.

Jackie Cochran, another Air Force Reserve giant, was a pioneer for women in Air Force aviation. After much success in the civilian flying world, she turned her attention to military aviation. In 1942, Cochran founded and directed the Women’s Airforce Service Pilots program. WASP pilots were the first females in America’s history to fly American military aircraft.

In a short amount of time, WASP pilots flew approximately 60 million miles in every type of aircraft in the Army Air Force arsenal. During World War II, they flew any type of mission their male counterparts did, except combat missions. Cochran and her WASP pilots paved the way for women aviators in today’s Air Force.

Today’s AFRC Airmen continue to be an integral part of the Air Force’s mission to fly, fight and win.

According to Jackson, last year Citizen Airmen completed almost 500,000 man-days in support of Department of Defense requirements and filled more than 4,000 deployed air expeditionary force taskings. On any given day, there are approximately 5,000 Reservists mobilized and serving globally.

“The evolution of our Total Force over the years is a great success story, but much of that story has yet to be written,” said Air Force Chief of Staff Gen. Mark A. Welsh III. “Those Airmen, who’ve been fighting side by side for years, don’t see the difference between an active component member, a Guardsman or a Reservist. And those who benefit from American airpower really don’t care. They just know that without it … you lose.”

On April 14, 2015, try and take time to remember where the Air Force Reserve has been, where it is now and where it is going. Great men and women have sacrificed to give all Americans a better tomorrow. Honor their legacy by doing your part today.