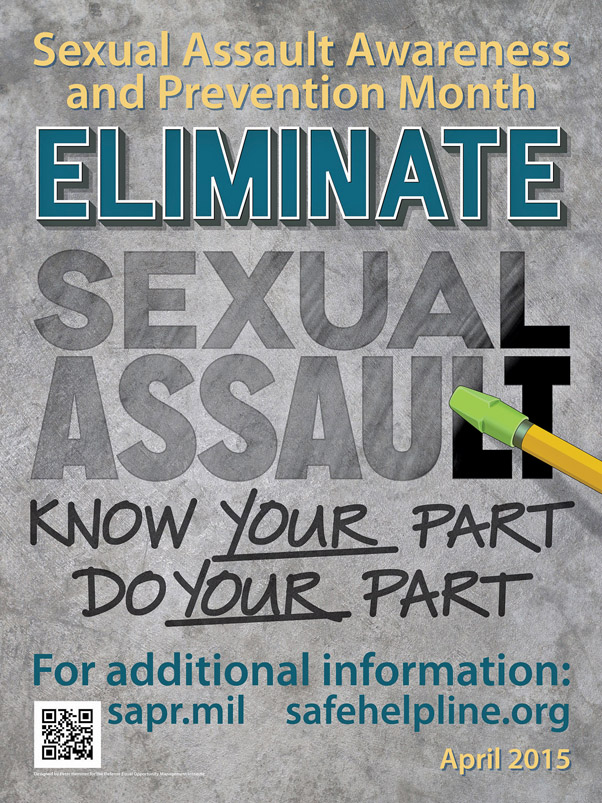 WASHINGTON (AFNS) — Every April since 2001, the nation has focused its attention on sexual assault awareness and the impact this crime has on those who have experienced it. This year, the Department of Defense deliberately renamed the annual effort Sexual Assault Awareness and PREVENTION Month. I want to take this opportunity to share with you how the Air Force is focusing on prevention of this crime – stopping it before it takes place.

This year, we kicked off the new year with a weeklong prevention summit that brought together experts in the sexual assault prevention field with Airmen from across the force — active, Guard, Reserve, civilian, officer and enlisted. Our goals were to better understand sexual assault and determine how to put prevention into action in the Air Force.

So, what did we learn? Most importantly, we learned that sexual assault can be prevented. Effective sexual assault prevention strategies focus on preventing perpetration because that is the only guaranteed way to stop the violence. Raising awareness about sexual assault is an important first step towards prevention; but awareness alone will not create the individual or societal changes needed to stop sexual assault.

Based on decades of prevention science, we know that prevention of sexual assault involves addressing factors that put individuals at risk for perpetrating sexual assault. Some prevention approaches teach skills to change attitudes or behaviors that are associated with assault. Other approaches equip bystanders with the skills to spot and intervene in high risk situations or to speak out against language and practices that create a culture which tolerates or promotes sexual assault.

Strategies that simply raise awareness foster understanding of sexual assault without providing tools to take action. Tools for changing behaviors, relationships, and our culture are key to making every Airman a change agent and to creating a force free from assault.

The prevention summit culminated with Airmen’s recommendations to prevent sexual assault. We are working hard to build programs across the Air Force based on these recommendations. In the meantime, I challenge every Airman to move beyond mere awareness and equip yourselves, your co-workers, your subordinates, and everyone in your sphere of influence, with the tools we all need to prevent sexual assault.