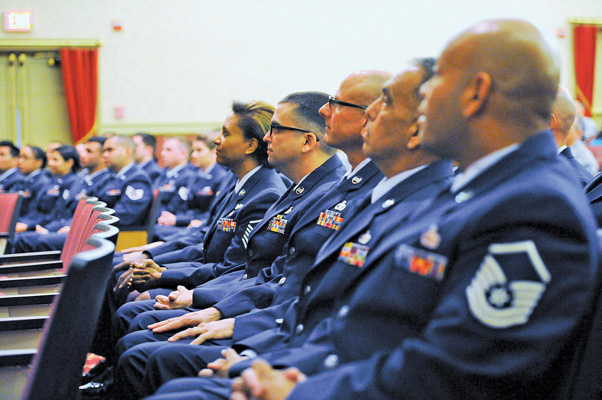 Airmen being inducted into the NCO and SNCO ranks sit in the Cultural Resource Center April 11, 2015, during the induction ceremony. The ceremony recognizes and applauds the accomplishments of those March Airmen who were promoted to those ranks within the last two years.